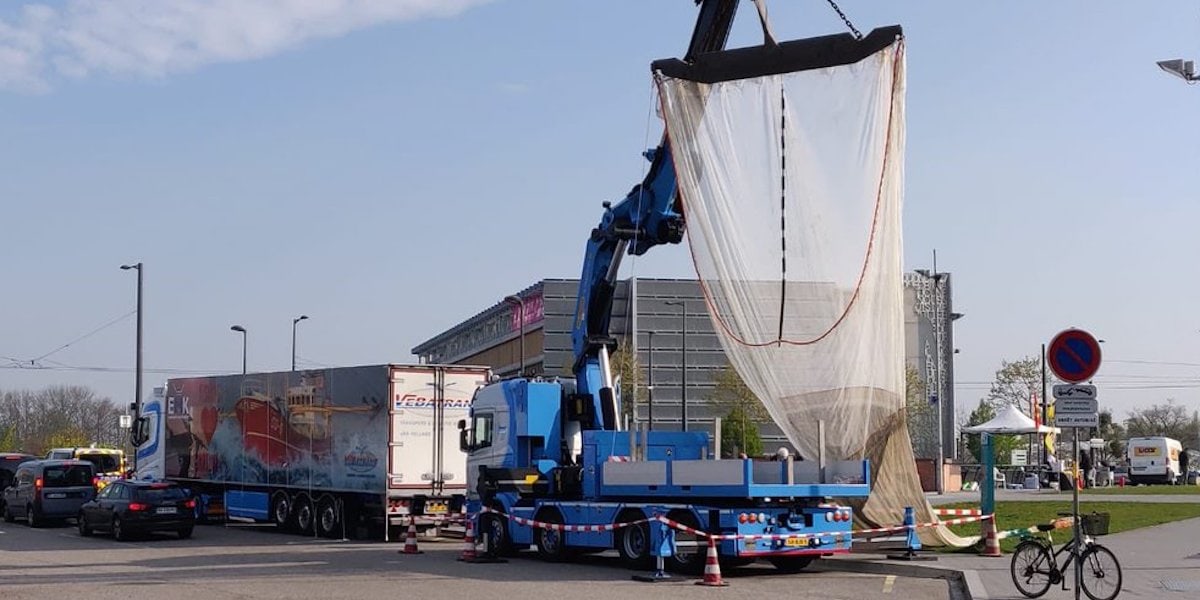 Fishermen from all over Holland travelled to Strasbourg to be present, and to demonstrate outside the Parliament. Image: VisNed

The end of pulse fishing came yesterday with a vote in the European Parliament in Strasbourg in which MEPs voted through a raft of measures, including the decision to outlaw electrical fishing in European waters.

The decision hardly comes as a surprise, although the Dutch federations and industry had fought a rearguard action against an outright ban on the method they have steadfastly championed as being far more environmentally friendly than any of the alternatives available to them.
MEPs Peter van Dalen, Annie Schreijer-Pierik and Jan Huitema made an unsuccessful last-ditch attempt to sway the Parliament into making pulse fishing subject to a separate vote, but this was rejected and the new technical measures regulation was voted through by 571 votes to 60 against and 20 abstentions.
‘This innovative Dutch method, which has been proven to be better for the environment, has been thrown in the bin together with decades of research and innovation,’ de Nederlandse Vissersbond stated following the decision.
Now only 5% of any EU member state’s fleet can continue pulse fishing up to 1st July 2021, after which this method will be fully outlawed. The Dutch fleet’s current 84 pulse exemptions will expire shortly and fishermen using this method can expect to hear from the Ministry of Agriculture, Nature and Food Quality in the next few days about the exact period of their exemption.

According to Dutch federations de Nederlandse Vissersbond and VisNed, the pulse ban has triggered a deep-seated lack of confidence in the system behind making European policy, as the opinion is that Europe has been misled by French-based NGO Bloom.
‘This has taken place in spite of the positive results of scientific research and the fact that research programmes have not even been completed,’ VisNed’s spokesman said.
‘By developing pulse fishing, encouraged by organisations such as WWF and the North Sea Foundation, the Dutch industry complied with society’s demands, as this offered the solutions to questions over fuel consumption and by-catches.’
There is no doubt that ending pulse fishing will mean a return to less efficient fishing gears and the higher fuel consumption that goes with them. The federations’ opinion is that this entails not only a heavy financial blow for the fishing operators, but will inevitably have knock-on effects for the sector as a whole, including the fish trade, the processing sector, the fishing schools and coastal communities.
Despite encouragement to continue innovation, the Dutch industry is reeling from the blow.
‘The sector is being encouraged by the Dutch government to innovate and €15 million have been made available from a national innovation fund. But this call to innovate hits the rocks on the fact that a solution to the problem has already been found,’ the federations state.
VisNed and de Nederlandse Vissersbond also point out that during the process of sacrificing pulse fishing, the environmental organisations that had been encouraging during the development phase managed to maintain a deafening silence.
‘This is a knife in the back, as far as many fishermen are concerned,’ according to the Dutch fishermen’s federations.