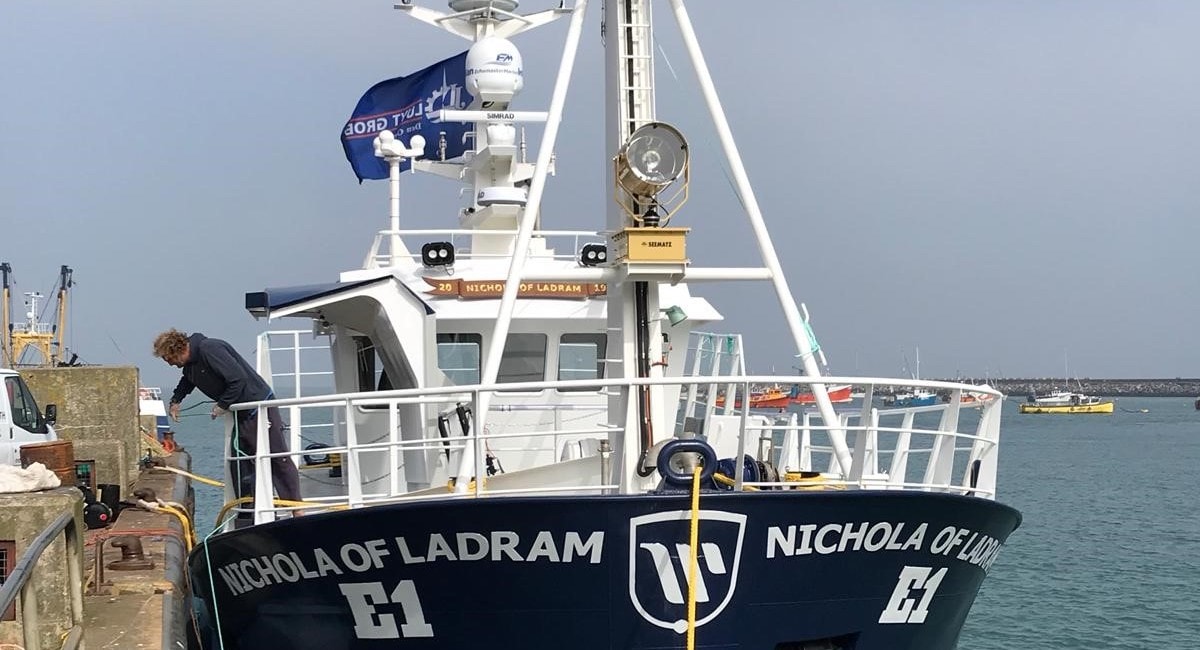 Waterdance’s new crabber Nichola of Ladram will be fishing South-West and Mid-Channel waters, and landing in Brixham, Salcombe and Newlyn. Image: ©Waterdance

South-West fishing company Waterdance has taken delivery of new steel crabber Nichola of Ladram E-1, which arrived in Brixham from the Luyt yard at Den Oever in Holland earlier this month.

Skipper Richard Carroll and his crew of six wasted no time in getting the new boat to sea as soon as the paperwork was all completed to start placing Nichola of Ladram’s 3000 crab pots.
Waterdance managing director Nigel Blazeby commented that the company is delighted with the new crabber, which represents a milestone for the Waterdance fleet as the company’s first newbuild for some considerable time.
“We’re very pleased her, and also with the work done by Luyt in building Nichola of Ladram to such an innovative design,” he said, adding that while Waterdance and a number of other fishing companies in the South-West have been going to Luyt for repairs, maintenance and refits for many years, this is the yard’s first newbuild for a UK company.
“Waterdance is also grateful to Seafish, the MCA and the MMO for their part in bringing this venture to fruition and making it possible for Nichola of Ladram to join the South-West fleet,” he said.

A second newbuild for Waterdance, 35 metre beam trawler Georgina of Ladram, is taking shape in Holland and is expected to be delivered early next year by the Luyt yard.
Nichola of Ladram is expected to operate across South-West and Mid-Channel fishing grounds, making landings in Brixham, Salcombe and Newlyn, depending on the fishing area. Catches are landed to GHM Salcombe.
Designed by Ian Paton at SC MacAllister, Nichola of Ladram measures 14.99 metres overall and has a substantial 7 metre beam to accommodate the 45,000 litre vivier capacity, with space for up to 22.50 tonnes of crab on board.
There are three Caterpillars in the engine room, with a C18 main engine driving an 1800mm propeller and a pair of C4.4 generators providing the power needed to run the boat’s systems, including the pumping capacity needed to maintain a flow through the vivier tanks at all times.
In addition, Nichola of Ladram has capacity for 10,000 litres of fuel in two tanks and 12,000 litres of fresh water in three tanks, plus two bait lockers with a nine cubic metre capacity.
“It has been a challenging process to build an innovative new vessel like Nichola of Ladram, and very rewarding to see her delivered and fishing within a week of delivery,” Nigel Blazeby said.
We’re all delighted with Nichola of Ladram’s performance – which included achieving ten knots on trials at the yard and on the passage home from Den Oever.”