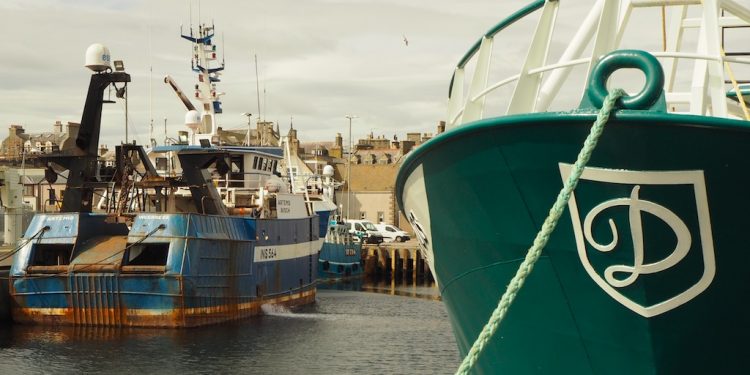 With both of the candidates to replace the current Prime Minister visiting Scotland today, Scottish Fishermen’s Federation chief executive Elspeth Macdonald has released an open letter to Rishi Sunak and Liz Truss, urging them to put their energies into making the fishing industry grow amid a range of challenges.

She argues that with the right support, fishing would play a key role in the transition to net zero, economic growth, sustainable use of our seas and national food security, and states that while the industry recognised the need for expansion of offshore renewables, a much more balanced and equitable dialogue was required, along with fairer decision making about marine spatial planning, to ensure low carbon food production did not pay the price for this.

‘Both the UK and Scottish Governments have ambitious plans for expanding and accelerating electricity generation from offshore wind farms. We understand that the UK must transition away from fossil fuels to other forms of energy, but there are real risks that fishing becomes collateral damage as our vessels are squeezed out of key fishing grounds,’ she said.

‘Wild-capture fisheries are intrinsically a climate-smart foodstuff and are a key part of the UK’s journey to net zero. But to be part of the net-zero future fishing needs space at sea to continue operating efficiently and sustainably. We produce food with a lower carbon footprint than all other forms of animal protein, indeed some Scottish fisheries have carbon emissions lower than plant-based protein sources.’

In her open letter to the two candidates as they embark on the latest stage of their bizarre campaign, designed to woo the Tory party faithful, which already has the feel of having gone on interminably longer than any general election campaign, the SFF chief executive has called for – among other things – significant improvements to the Brexit deal.

She stated that this fell far short of fishermen’s expectations, and urged them to push for significant improvements when the deal comes up for renewal in 2026, as well as for action on labour shortages and fuel costs.

‘The Scottish Fishermen’s Federation welcomes the leadership candidates’ recognition of Scotland’s fishing industry. Our members face many challenges in the years ahead but also opportunities, and as we look to the future, we hope that the incoming Prime Minister will give priority and support to help us address the challenges in constructive ways so that we can seize the opportunities,’ Elspeth Macdonald writes in her open letter to the two candidates vying for Boris Johnson’s job.

‘Our industry has much to offer to Scotland and the UK – we are a modern, forward-looking industry, focused on fishing sustainably as we produce healthy, nutritious and climate-smart food from our naturally renewable fish and shellfish stocks.’