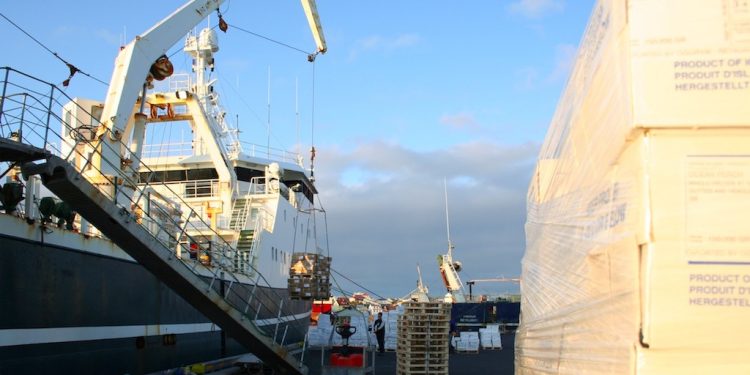 ‘I have to be frank. I’m nervous about the new quota year. There are large amounts of golden redfish, haddock and cod everywhere. Instead of increases, the quotas quotas are being reduced and this means we are heading for some major problems when we get into next spring,’ said Árni Gunnólfsson, skipper of Brim’s freezer trawler Vigri, which docked last week in Reykjavík after a trip lasting roughly a month.

‘We have a full fishroom and catch rates have been fine. We’ve been searching everywhere for saithe, and while that’s a challenge, around a quarter of the catch is saithe,’ he said, adding that the trip began with a search for saithe off the south-east coast.

‘There were no trawlers about there, and it didn’t take us long to find out why. There’s abundant haddock off the east coast and in fact all along the south coast. So we headed for the Westfjords to search for saithe on the Hali grounds. What we had there was mainly redfish and some haddock, but there was some saithe with it.’

The next stop was on the Mountains off Reykjanes.

‘There was plenty of fish everywhere, north and south, but the problem is that there was too little of what we were looking for. All the same, we had two days of saithe fishing on the Mountains, and apart from that, we had redfish and haddock. We finished up in the Skerja Deeps and Matthildur for deep redfish and silver smelt.’

He commented that it is remarkable to see how a stock such as haddock has grown in just a few years.
‘It’s only a few years since there was excitement ahead of the haddock box off the north coast being re-opened. You hardly see anyone fishing there now, and we avoid what used to be areas closed to conserve haddock – as well as the haddock that’s everywhere,’ Árni Gunnólfsson said.