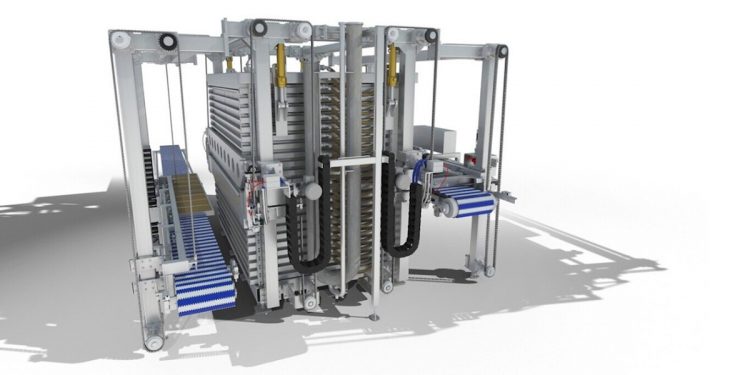 Doubling the speed of freezing at sea

With specially designed freezer plates and effective use of CO₂, Optimar’s H6 Freezer can freeze fish twice as fast as conventional systems.

Freezing at sea can be done in vertical plate freezers, although a horizontal system with fillets preserved in market-ready smaller blocks with no need for further processing is a preferred option. But the downside of this is that horizontal freezing requires both more space on board and an efficient coolant.

Ammonia is currently the most widely used freezer gas in the maritime industry, and this brings with it a number of hazards as ammonia can be flammable and explosive, plus the use of ammonia poses risks of toxic exposure to both crew and the environment.

Optimar’s H6 Freezer is designed to freeze fish horizontally using CO₂ as the active coolant. More commonly used in larger facilities on land, recent technological developments have made the onboard use of CO₂ more accessible.

Besides being less hazardous in use, the production of CO₂ requires less energy than ammonia.

The H6 Freezer is equipped with specially designed freezer plates, which in combination with the use of CO₂, can freeze up to five tonnes of fish at a time. This is twice the rate of conventional seagoing freezers. These plates also produce fish blocks that do not need to be planed afterwards for further production, thereby reducing food waste

The freezer mainly operates using an electric motor rather than using hydraulics, which minimises the need for hydraulic oil.

In addition to speeding up the freezing process, the H6 Freezer operates automatically, reducing the need for manual labour and large conveyor belts. Altogether, this means that each fishing vessel can freeze just as much fish as before, with half the number of freezers. In-feeding and out-feeding can be done continuously during freezing, giving a total capacity per freezer of up to 75 tonnes per day.

As power consumption in a fish factory is highest on board the fishing vessel, cutting the amount of equipment needed in half greatly reduces energy use.

In addition to cost savings related to the purchase and operation of freezers, shipowners can also use smaller vessels, ultimately reducing CO₂ emissions.