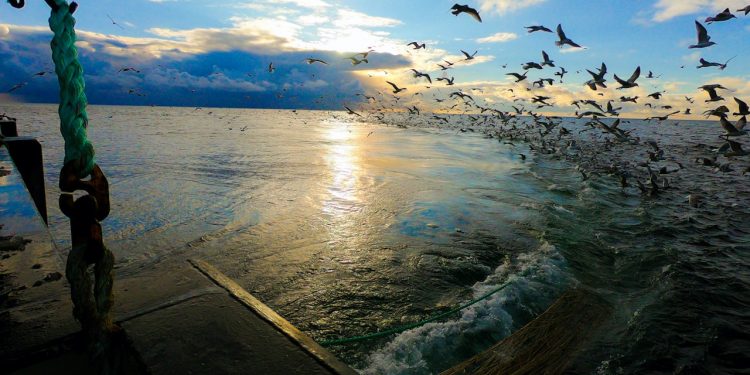 The Danish fleet has traditionally caught 40% of its fish and derives 30% of catch values from UK waters – and under the deal struck between the EU and the UK, the Danish industry can expect to lose heavily as quotas are transferred to the British fleet.

‘We expect fishermen to lose their livelihoods, and this will be a heavy blow to Denmark, and to North and West Jutland, where fishing plays a key role and is the lifeblood of many local communities. I have every sympathy for those who losing livelihoods as a result of this unfair deal. This applies to our own members. And this applies to those who are employed in support sectors in fishing ports,’ said Svend-Erik Andersen, chairman of the Danish Fishermen’s Association.

He commented that the association will examine the specific figures in detail, but a picture is already emerging of the whitefish sector bearing the brunt of the new situation.

‘It’s very worrying that the Brexit bill will hit some fishermen harder than others. It seems that consumption fisheries will pay a disproportionately high share of the price for access, and it could be devastating for their businesses,’ he said.

The Brexit negotiations have been a lengthy process, with the Danish government and EU negotiators pushing hard for EU fishermen to be able to continue fishing in British waters according to the current allocation keys for fishing quotas. The result is that fishing will continue in UK waters, and although despite every effort, the Danish Fishermen’s Association recognises that this wasn’t enough to maintain unchanged arrangements.

‘Credit is due to the government for fighting for Danish fishing. Unfortunately, these persistent efforts have not been enough. Now the government must show its support for the industry. We are asking for political negotiations to be convened on a Brexit package for Danish fisheries,’ Svend-Erik Andersen said.

‘The package must ensure that we maintain as many jobs as possible in the short and long term, and that we also prepare the industry to contribute further to the green transition, in which Danish fisheries are already at the forefront.’

He added that back in October, Danish Prime Minister Mette Frederiksen paid a visit to the port of Skagen to hear about what was at stake during the negotiations on Brexit, and to support Danish fisheries.

At that point the Prime Minister made it clear that fishing would not be abandoned in the event on an agreement that could be detrimental to Danish fisheries. The Prime Minister’s pledge gives the chairman of the Danish Fishermen’s Association some reason to be hopeful.