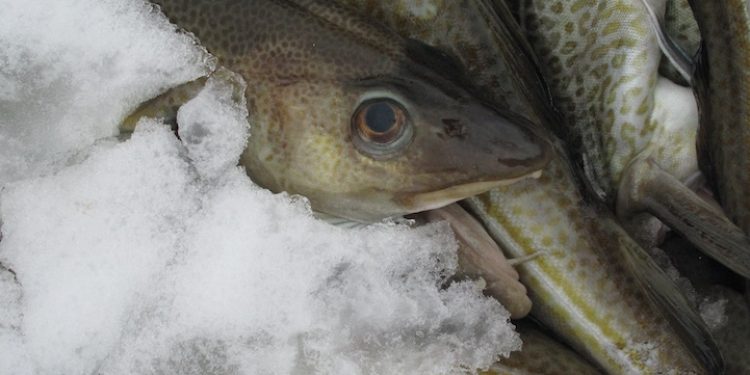 ‘The weather has been good, and so has the fishing. Prices are reasonable, but they’ll drop as they always do when the fishing gets heavy,’ said Arthur Bogason, president of the World Forum of Fish Harvesters and Fish Workers, former chairman of the Icelandic National Association of Small Boat Owners – and himself an inshore fisherman.

‘The problem is the amount of small cod that we have now that the cod stock has been over-protected for so many years so we have a huge population of immature cod in our waters. There’s no shortage of haddock either, although haddock prices haven’t been as strong as in previous years,’ he said, predicting that haddock could become a choke species for many fishermen well before the end of the quota year at the end of August.

‘Fishermen have been able to get round this to an extent and avoid haddock, but my guess is that the quota will be finished early.’

‘But the amount of cod in our waters is unbelievable. I’d love to know how much there really is, as the methodologies used to evaluate the cod stock give results that are nowhere near showing the reality of the situation. It would be funny if it wasn’t so sad. There’s cod everywhere – and it’s big cod in fine condition, with a lot of 10-12kg cod.’

As well as cod, small boat fleet in Iceland has also targeted mackerel with some success in the past few years, but the end of exports to Russia has hurt.

‘Prices dropped sharply after the Russian market was closed and although it’s possible to sell mackerel elsewhere, prices are lower and the small boat operators are those who have been hit particularly hard. The small boats have to pay their resource levy contributions as well, so the result is that it’s hardly worth rigging the boat to fish mackerel any more.’

In addition to the mackerel situation, the traditional lumpfish roe fishery also looks less than promising this year, with unsold stocks of roe still in storage and waiting to be sold after last year’s season.

‘This fishery borders on being a religion in Iceland. There are fishermen who will go for lumpfish every year, regardless of the price, and I’m sure some would even pay for the privilege of taking part,’ Arthur Bogason said.

‘The problem is that the market for this is drying up. The generation that was brought up to eat the so-called caviar that’s made from lumpfish roe is dying out and the younger generations don’t eat this stuff so the demand is getting less and less every year. The thing about this that’s difficult to understand is that this roe is fantastic raw material and it can also be successfully frozen in a way that other roes can not. You can freeze lumpfish roe and thaw it out, and it’s as good as it was when it was fresh, which doesn’t happen with finer roes. It’s bizarre that it hasn’t been possible to sell this to markets in Asia where they would undoubtedly be able to do something special with it.’