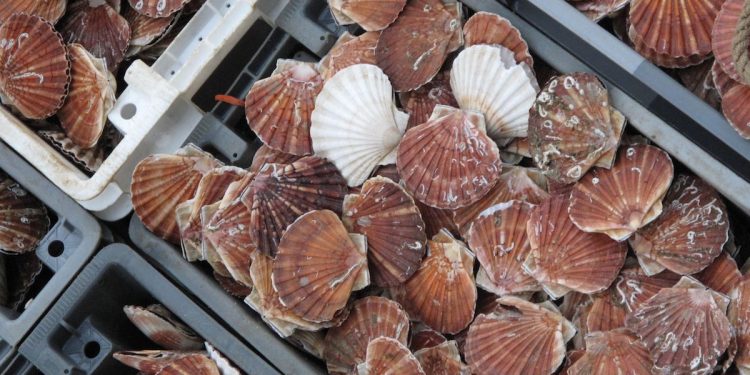 According to Pascal Coquet, who sits on the scallop commission of French fishing industry body CNPMEM, the French side is amenable to renewing the agreement reached a year ago on reciprocal access to scallops and allocation of kilowatt days.

‘The UK representative proposed going back to the 2017 agreement, which was what led to the clashes in 2018,’ he said, adding that if no agreement is reached, then he fears that there could be conflicts taking place on fishing grounds as the UK fleet arrives on the French side of the Channel to fish for scallops.

‘There’s someone on the UK side who does not negotiate well. We have been told that if we don’t accept their proposals, then they will fish out the Channel scallops before our season opens on 1st October. Now we don’t get replies to messages at all,’ he said.

He commented that the UK industry’s position is becoming increasingly unclear, with a lack of communication both with the French industry, and apparently within the UK sector as well.

‘We have seen this before. Bluffing and threats aren’t great negotiating tactics. Right now we have no agreement in place, and nothing constructive towards negotiations. All we have is threats that amount to blackmail. The reality is that we don’t have an agreement.’

He added that there appears to be a lack of communication on the UK side as well, as some UK organisations have also confirmed to their counterparts in France that they have heard nothing about progress towards an agreement this year.

‘A reciprocal agreement and no clashes is in everyone’s interest,’ commented Olivier Lepretre, president of the Hauts de France regional fisheries committee (CRPMEM).

‘If there are no agreements, then all fishermen, French and British, are going to lose out. So it’s as well to put the effort into negotiating.’

For the French industry, a key point is that the fishery opens on 1st October, including for the UK fleet of under 15m vessels.

‘If we accept the <15m scallopers before October, then the Irish scallopers will come as well, eight large scallopers that catch 50 tonnes a week. That’s as much as a French scalloper catches in a month,’ Pascal Coquet said.

‘We also see the DEFRA advice on scalloping on the Dogger Bank, that it’s not sustainable to fish there. So we don’t see why they can’t issue the same advice for the Channel.’

Pascal Coquet said that there are clear differences between the UK and French scallop sectors, as for the French fleet scalloping is a strictly regulated winter fishery.

‘There are conditions that apply to the French fleet – day quotas, ring sizes, no fishing at weekend, and more. We’re not asking for these to apply to the UK fleet. There’s only one condition we’re asking for, which is the 1st October opening date for the season. We don’t want to see conflicts and we’ll do everything we can to avoid that situation. But the UK’s representative isn’t answering messages right now.’