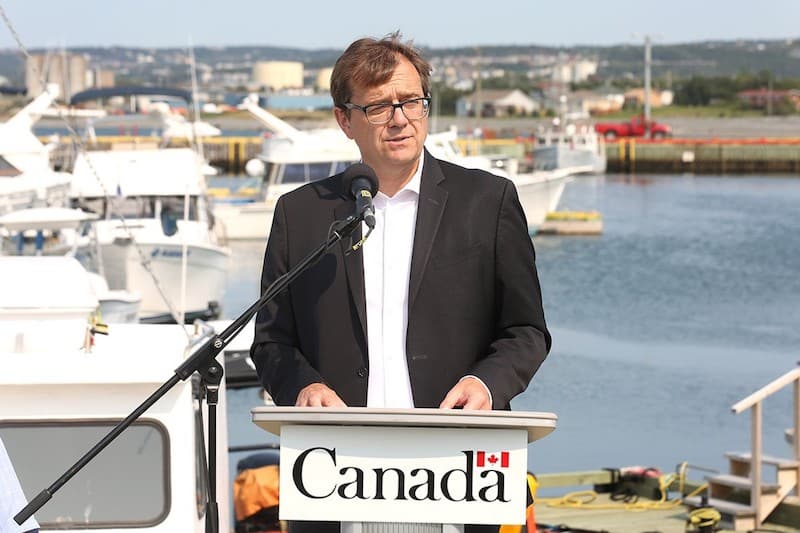 Jonathan Wilkinson, Minister of Fisheries, Oceans and the Canadian Coast Guard, and Ken McDonald, Member of Parliament for Avalon announced that the Government of Canada is investing over C$12 million over two years in small craft harbour improvements and transfer projects in Avalon.

‘Investments that help improve communities are a priority for our Government. When we invest in our communities, Canadians and the Canadian economy benefit. Investments in our small craft harbours demonstrate our government’s commitment to local economies,’ the Honourable Jonathan Wilkinson commented.

‘We are proud of this investment to support the fishing industry – a key economic sector that helps support coastal communities across the country.’

Coastal communities across Canada are supported by small craft harbours that provide the commercial fishing industry with safe and accessible facilities. With approximately 44,000 Canadians employed in this sector, the Government of Canada is making investments to renew its network of small craft harbours and work with municipalities and other stakeholders where investments and divestitures can enhance local communities.

These projects are part of a C$40 million announcement for improvements to small craft harbours in Newfoundland and Labrador made last month by the Honourable Seamus O’Regan, Minister of Veterans Affairs and Associate Minister of National Defence and the Member of Parliament for St. John’s South-Mount Pearl.

‘I’m thrilled to announce this major investment for our province. Investing in our local small craft harbours helps not just the commercial fishing industry but the communities in Newfoundland and Labrador as a whole,’ said Avalon’s Member of Parliament Ken McDonald.

‘I am proud that we are investing in people, promoting inclusive growth and building stronger communities. This work will renew and maintain the infrastructure that is essential to the region, and stimulate job opportunities that will benefit fishermen and support our local communities.’

A number of harbours have been identified for improvements, including plans for the reconstruction of the main wharves at Foxtrap Harbour and Trepassey Harbour, maintenance dredging at the Branch Harbour, shore protection reconstruction at Calvert Harbour, preparation work for the divestiture of the small craft harbour site in Gaskiers, a clean-up of North Harbour in St. Mary’s bay to return the site to its natural state, preparation work for the divestiture of Spaniard’s Bay to the Town of Spaniard’s Bay, and increasing berthing space for harbour users in Port de Grave