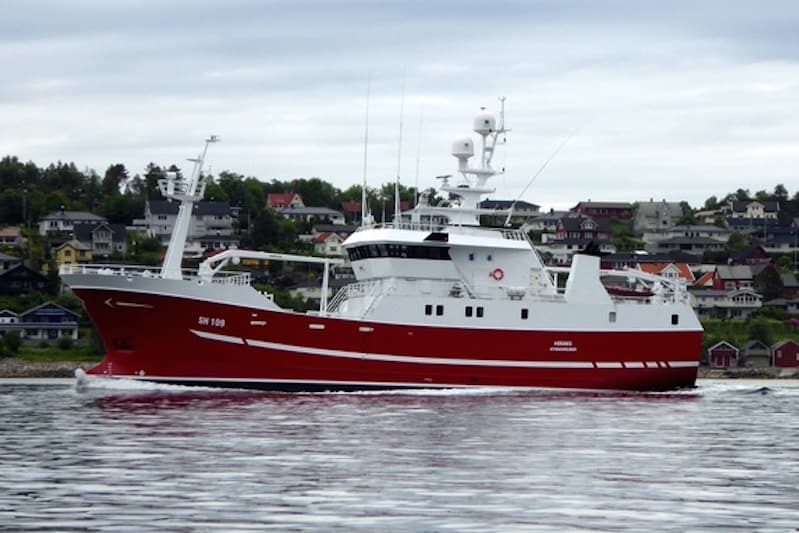 Shipbroker BP Shipping has been busy this year, both in Iceland and overseas, and Björgvin Ólafsson said that they have been sold several vessels from Iceland this year as the arrival of a number of newbuildings means older vessels are leaving the fleet.

‘We handled the sale of Síldarvinnslan’s trawler Barði, which has been bought by Murmansk company Nordvest as an addition to their fleet and we sold pelagic vessel Hoffell from Iceland to a Swedish operator in Morocco, to operate under the Moroccan flag,’ he said. ‘We also sold Dröfn to new owners in Guinea-Bissau, and arranged for it to be refitted on the way in Las Palmas with a freezer system being fitted on board.’

He added that they have been active in Iran this year, with several fishing vessels from Iceland sold to Iranian companies, including Síldarvinnslan’s Bjartur.

‘We also brought in a longliner from Norway for an Icelandic company in Stykkishólmur. This is the Veidar which is being replaced by a new vessel later this year. Its new Icelandic owners have renamed it Thórsnes, while the old Thórsnes it replaces is to be scrapped.’

As well as handling vessel sales, BP Shipping is the Icelandic agent for the Crist Shipyard in Poland, and was able to broker the deal for the new Westmann Islands ferry due to be delivered at the end of next year, and they have also been instrumental in arranging the construction of the new Hafborg for owners in Iceland being built at the Hvide Sande Shipyard in Denmark.