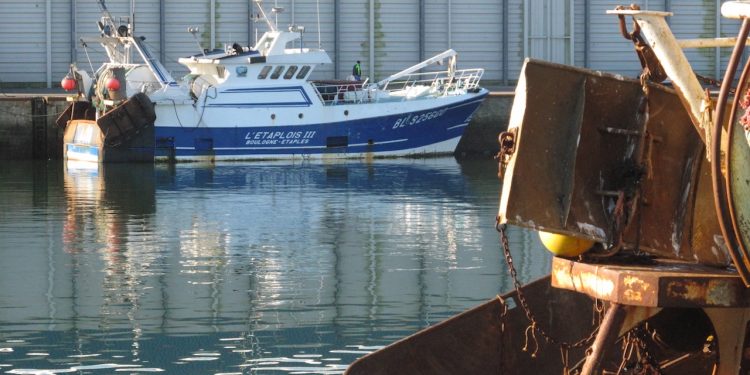 Dissatisfied with the UK’s handling of the terms of the withdrawal agreement from the European Union allowing French fishing access to the UK 6-12 mile zone in return for market access, Boulogne’s fishermen are threatening a series of actions for Thursday and Friday this week.

According to Boulogne fisherman Stéphane Pinto, Britain officially left the EU on 1st January, and four months on the situation remains a mess.

‘Of the 120 boats in the Hauts-de-France region, only 22 have access to the UK 6-12 mile zone. It’s an economic and environmental disaster as there is overexploitation of the French zone as French vessels can’t operate on the UK side, as they could even before the EU existed,’

The group of fishermen behind the actions planned for 22nd and 23rd April state that the attitude of the UK authorities is arrogant in the extreme.

‘They respect neither agreements nor commitments. Aspects of the free trade agreement are adhered to absolutely but not those concerning access to fishing grounds, which is a deplorable situation,’ Stéphane Pinto commented.

He said that fishermen on the French side of the Channel have been patient, but after trying to work with the system, they see a need to sound the alarm as the problems affect not just fishermen but the whole of the food sector in the Hauts-de-France region.

‘Actions will take place on 22nd and 23rd April to draw the public’s attention to the situation, as well as to the UK Government’s bad faith in failing to comply with agreements and its incompetence – with complete chaos over customs. This is also affecting the British industry which is struggling to export its produce,’ he said.