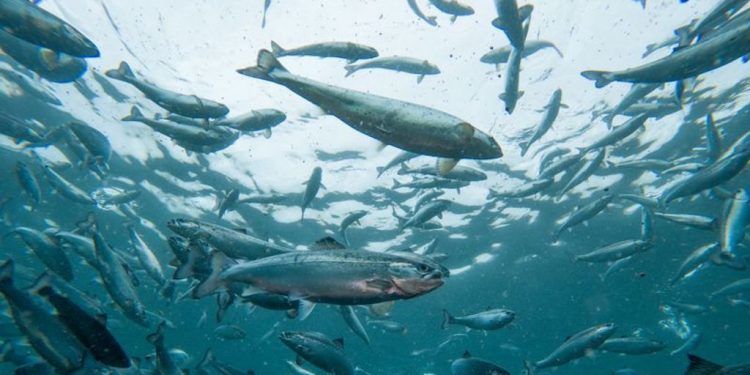 This year’s second quarter was highly eventful for Andfjord Salmon, with first smolt release and significant strengthening of the company’s balance sheet as some of the highlights. The fish are thriving and its survival rate currently stands at 99.4%.

‘We are located at the home of the Atlantic salmon, and we have succeeded in recreating its natural habitat on land without any artificial water treatment processes. We are very pleased with the biological conditions in the pool, and we believe the high survival rate reflects this,’ said Andfjord Salmon CEO Martin Rasmussen.

On 25 June 2022, Andfjord Salmon released approximately 200,000 smolt at an average weight of 120 grams in the company’s first land-based pool at Kvalnes. The fish has a solid appetite and is growing according to plan, which confirms its wellbeing. As 15th September, the average weight had reached 402 grams.

The first pool is only the beginning at Andfjord Salmon’s Kvalnes site. The next pools have been excavated during the second quarter. Further excavation work will continue in the coming months. Andfjord Salmon holds a license to produce 10,000 tonnes MAB salmon at Kvalnes, equivalent to a target production volume of 19,000 tonnes HOG.

‘Our primary focus is obviously on Kvalnes, but we will in parallel continue our work to secure the necessary permits to develop Breivik and Fiskenes,’ Martin Rasmussen said.

The company does not yet generate revenues. Its first operating revenues will be generated in 2023 following first harvest. The company had an operating loss of NoK8.4 million in this year’s second quarter, compared to a loss of NoK6.9 million in the same quarter last year. The change is mainly related to ramping-up of operations in preparation for release of first smolt.