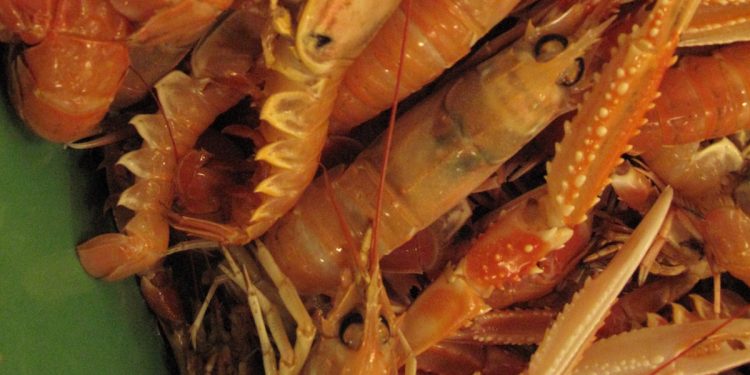 According to a statement by a group of nine UK Fish Producer Organisations, the slump in demand for nephrops due to the COVID-19 pandemic has exacerbated an already precarious over-supply situation in the UK nephrops (langoustine) sector.

Higher than normal landings volumes of whole prawns and prawn tails due to good fishing throughout 2019 had already begun to have negative effects on market prices during the first quarter of 2020, before the effects of the lockdowns in domestic and export markets fully took hold.

Throughout April and into May, most nephrops vessels have been tied up and most factories have remained closed. However, during that time, some vessel operators continued fishing, with some supplying nephrops to buyers at prices that many inside the sector have viewed as undermining the market’s pre-existing price structures.

One of the roles of UK fish Producer Organisations (POs) is to help facilitate a level of raw material supply that matches with market requirements to support price integrity throughout the supply chain. UK POs share the desire of fishermen and processors to return to some form of normality as soon as practically possible.

‘Naturally, the fleet wants to be back at sea, fishing for a fair price, while the onshore sector want to restart production and see an upswing in demand as soon as possible,’ the group states.

‘While the resumption of activity will at least partly be determined by factors out-with industry control such as lockdown rules in target markets, it is necessary to consider how a managed, gradual resumption of activity can best be achieved in practice, to avoid filling up cold stores which are already well stocked and putting excess downward pressure on quayside prices, resulting in fishing and processing becoming unviable.’

‘Affected UK POs are therefore united in their belief that a combination of effort and output restrictions will be necessary to restrict supplies to an already over-supplied market due to the ongoing low level of demand. The reality is that landings need to balance with the new level of demand to prevent excess supply ending up contributing towards the establishment of a cheaper and for some, unviable, market.’

UK POs are currently in dialogue with the nephrops processing sector to establish both what the current market demand requires and what is viable for vessels with a view to finding a solution that leads to an acceptable outcome for all concerned.