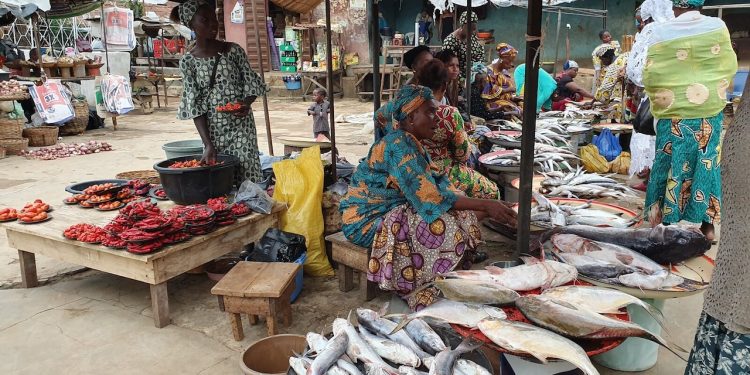 The WorldFish Board of Trustees has announced the appointment of Dr. Essam Yassin Mohammed as its Interim Director General, as of 4th January.

During such a dynamic time for the organisation, the Interim DG will focus on developing and delivering a new organisational culture that will help drive forward WorldFish’s ambitious research agenda. The focus will be on building the capacity and systems needed to continue delivering first-rate results at scale – with attention to inclusion, transparency, and trust aligned to the One CGIAR culture development programme.

Dr. Mohammed has already been serving as WorldFish’s Global Lead on Climate and Sustainability. His strategic thinking and leadership have already positioned WorldFish and aquatic food systems as a key player in future climate solutions.

‘Aquatic foods have immense potential in addressing malnutrition, lower the environmental footprint of our food systems, and provide livelihoods to millions of people living in poverty. Therefore, a sustainable and equitable transition to aquatic-food based diets can deliver a triple win for nature, climate and people,’ Dr. Mohammed said.

‘WorldFish, as it has done over the past 50 years, will continue to work with partners from across the world to advance this promise into reality. We will do so by developing and delivering best-fit-for-context, world class innovations adapted for today’s fast-paced global economy and the climate crisis.’

Dr. Gareth Johnstone stood down over the holiday period, after working with WorldFish for ten years, including heading the organisation for the past four years, during which time he has led WorldFish through a period of significant growth in terms of its capability to address the increasingly complex challenge of sustaining human well-being and the health of the planet.

‘For the last ten years, WorldFish has been my passion, as the WorldFish team and I have worked tirelessly with our many partners across the globe to ensure that the larger aspects of aquatic food systems are included in the 2030 systems transformation agenda for food, land and water systems,’ Dr. Johnstone said.

‘I am immensely proud of what WorldFish has achieved, and I am pleased to have played my part in its evolution and success.’