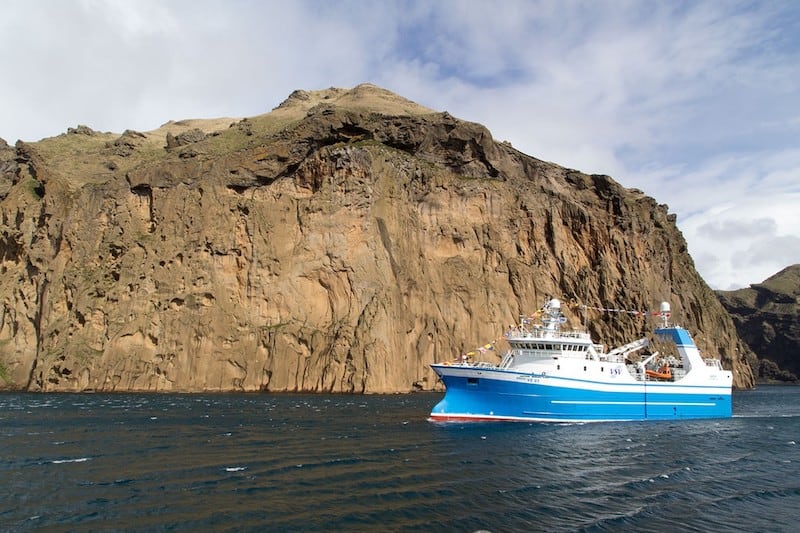 After a 45-day delivery trip from China, new trawler Breki VE-61 was welcomed to its home port in the Westmann Islands at the weekend, while sister vessel Páll Pálsson docked in Ísafjörður in the north-west of the country.

Staff at Vinnslustöðin (VSV) had an open ship at the weekend, and a large crowd had gathered to welcome Breki and its crew home after the long trip half way around the world – a chorus ship’s sirens sounded as the new trawler steamed into the harbour for the first time.

According to skipper Magnús Ríkarðsson, the new trawler handled well on the delivery trip, and they hit heavy weather during the final stretch of the voyage.

The Skipasýn-designed Breki and Páll Pálsson have been watched carefully during the 11,700 nautical mile voyage from China, with the Facebook presence of the two trawlers attracting a great deal of attention over the last few weeks.

Breki is expected to start fishing in June when the catch handling systems supplied by Vélaverkstæði Thór in the Westmann Islands and 3X Stál in Ísafjörður have been fitted.