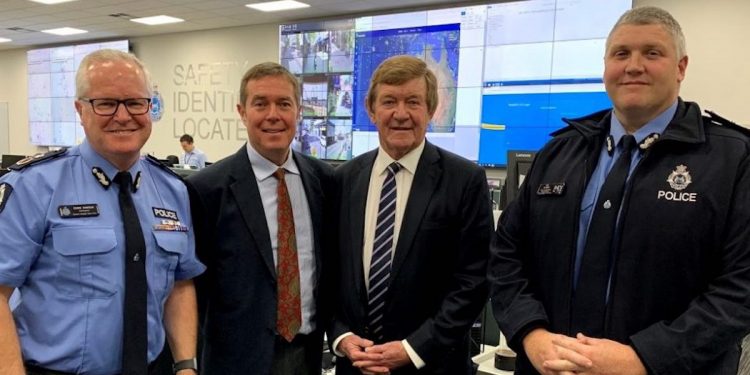 With 20,000 kilometres of isolated coastline, Western Australia is vulnerable to illegal activity, drug imports and invasive species. Now the WA Police (WAPOL) Force and the WA Fishing Industry Council (WAFIC) have announced that another set of eyes are watching for unlawful activities on the water and shorelines.

These eyes are the men and women from WA’s commercial seafood industry, who fish these often dangerous waters, to not only provide sustainable local seafood but to provide voluntary help to safeguard their local community.

WAFIC Chair Dr Ron Edwards said that the newly announced partnership between WAPOL and WA’s professional seafood industry is an important one to help fight the war not only on criminal activity but biosecurity risks in WA waters.

‘This announcement demonstrates how our commercial seafood industry is an integral part of our community and is prepared to protect our shores and our loved ones from risks such as bulk importation of methamphetamines which destroy the fabric of our communities,’ he said.

‘You can see the immense struggles and havoc that community members face daily due to the proliferation of prohibited drugs. Illegal drugs also have a significant impact not only on our way of life, but for those directly at the frontline including WA Police, medical staff, social workers, teachers, families and friends.’

He commented that the fishing industry is in a position to be proactive, assisting with not only stopping destructive and lethal substances from entering through our waterways, but reporting on unregulated vessels which can carry invasive pests or diseases that could damage WA’s pristine environment and decimate fish resources.

The seafood industry has at the best of times been subject to its own intense scrutiny – with some groups seeking to reduce the footprint of the sector. Dr Edwards said the new partnership clearly shows evidence of the critical role that the seafood industry plays in protecting the whole community, while providing regional employment and contributing to the WA economy as primary producers.

‘If you were to do a quick internet search on ‘Perth’s war on drugs’, you are instantly hit with a plethora of news articles on lethal substances across our streets and coastlines. The most recent example includes the disturbing billion-dollar drug bust on the Abrolhos Island – that came to a halt earlier this month. It has been reported that  fishers provided a forewarning to WAPOL about the yacht and information regarding the unusual movements of the crew.,’ he said.

‘The reality of it all is we are living in a day and age where drugs are a part of our culture – where it’s all too common to know someone who has been affected by drugs. The commercial seafood industry is made up of families and workers who like everyone else in our community feels the threats posed by illegal drugs and is anxious about protection from introduced diseases and pests introduced on illegal vessels.’

‘More than ever our police industry needs assistance in patrolling our sparsely inhabited coastline and our partnership will increase the diligence across WA waterways.’
Dr Edwards said that the clear message from the WA’s commercial seafood industry is that they will be watching and listening.

‘Men and women across the professional seafood industry tend to be multi-generational where important environmental knowledge has been passed on within families, or between indigenous fishers and their communities. This means that they know the ocean inside and out – with awareness of every new boat that enters the water to unusual movements and activities,’ he said.

‘Our industry will use this knowledge to help WAPOL and the community in protecting our shores against law breakers and introduced threats.’