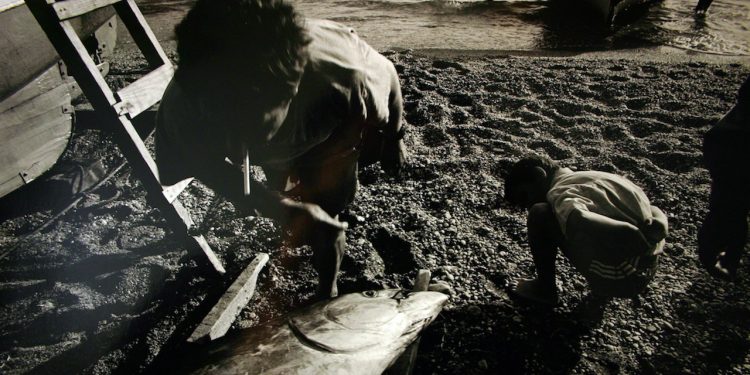 It has taken more than four years, but a case challenging the mechanism used to allocate bluefin tuna quotas, has finally gone to court – with a judgement in favour of the small-scale fishermen’s organisation in southern France and its partners.

‘This historic step forward is a new beginning for the small-scale fisheries, which must now prepare for future deadlines for the distribution of the bluefin tuna quota,’ said a spokesperson for SPMO.

‘This is the continuation of their commitment to achieve, on the one hand, a fairer allocation system, and on the other, to allow access to bluefin tuna for new small-scale fishermen.’

The aim of the case was to challenge the allocation key of the French national quota in order to allow for a more equitable and wider distribution to the benefit of small-scale fisheries. At the preliminary hearing on 17th June 2021, the Public Reporter of the Tribunal made particularly strong and substantiated submissions in favour of the applicants. This clearly influenced the final decision of the judges, who ruled on 15th July for the order allocating the bluefin tuna quota for the year 2017 to be annulled.

The ruling creates legal precedents, with principles that could be applied to other mechanisms in force for different quota species. As the court’s conclusions are based on provisions derived form European law, this has implications for similar failures to comply with EU rules across the European Union.

Inherent in the judgement is the finding that French state failed to take into account Article 17 of EU Regulation 1380/2013 on the Common Fisheries Policy (CFP). This requires member states to use transparent and objective criteria to allocate fishing opportunities, including environmental, social and economic criteria.

While the French State is free to adopt its own allocation method, it must do so in accordance with European standards. In this case, the Court noted that the environmental criterion was neither defined nor integrated into the bluefin tuna quota allocation system. Furthermore, the method used was found to be non-transparent and non-objective, justifying the annulment of the contested order.

The court mentioned that while France may use its own allocation criteria in an unequal and non-hierarchical manner in the interests of the fishery and its participants, this unequal allocation framework must not be disproportionately so.

This point was specifically mentioned by the Public Prosecutor, who considered that the principle of proportionality was infringed by the almost exclusive use of track records as a basis for the distribution of the quota – in this case more than 90%.