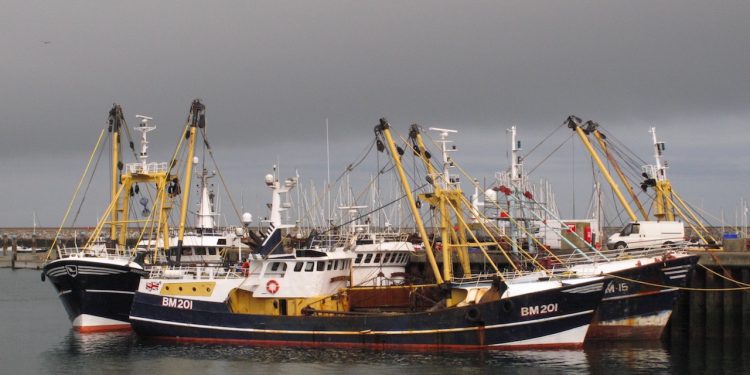 Having been unsuccessful in reaching agreements on fisheries with Norway and the Faroe Islands, the UK has finally reach a bilateral fisheries agreement with the European Union for the remained of 2021 within the framework of the Trade and Cooperation Agreement (TCA).

According to the NFFO, it is clear that the UK’s determination to shape its own future and the EU’s intention to stick as closely as possible to the previous scenario go a long way to explaining the way this deal has turned out, including the fact that an agreement could not be reached until almost mid-way through the year.

Looking ahead, the NFFO predicts that the TCA will shape annual negotiations up to 2026, while the key question is what happens after that.

‘The EU is confident that there are sufficient dissuasive powers within the TCA to make the UK think twice about acting as any other normal coastal state. Time will tell,’ an NFFO representative commented.

‘Where fishing sits in the Government’s priorities in the interim and around 2026 will be critical. Few predicted that fishing would become a totemic issue within the UK’s departure from the EU, but it was the last issue to be “settled” in the TCA and leaves a lasting and potentially toxic legacy. Our immediate request will now be for a meeting with Defra/MMO to understand were we have got to in the wake of the TCA and annual negotiations, and what our options might be from moving forward from here.’

TACs for stocks under joint management have been agreed, although these reflect the provisional determinations already set by the UK in May, and under the TCA, a formula linked to the most recent ICES advice constrains the range of autonomous quotas.

‘The issue which reflects the terms of the TCA, but also throws up the most difficult management issues for the future, are the tonnage limits which will apply to catches of non-quota species like scallop, crab, red mullet, sardine, whelk, lemon sole and many others,’ the NFFO states.

‘The parties have fought themselves to a standstill and have now agreed that it is too late in the year to apply the tonnage limits. Designed as a cap to prevent the displacement onto stocks that are economically valuable but for which data is limited, the implementation of the tonnage limits will now be referred to the Specialised Committee on Fisheries (SCF). Get used to those initials because they will be where most bilateral fisheries management issues will now be addressed.’

According to DEFRA, the agreement covers catch limits for 70 shared fish stocks and ensures certainty for UK industry with fishing levels set for remainder of 2021, with all Total Allowable Catches remaining in line with the provisional catch limits set earlier this year, apart from eight that have small increases.

‘As we move forward as an independent coastal State, we have been steadfast in representing the interests of our industry and seeking to manage our fisheries more sustainably,’ claimed Environment Secretary George Eustice.

‘This agreement provides certainty to our fishing industry and we now have a stable platform in place for managing our fisheries this year and in future years.’

‘As the Brexit deal on fisheries fell so woefully short of what the UK Government had promised the industry, it was important for the UK negotiators to secure as good a deal as was possible for 2021 under these new arrangements,’ she said.

‘The agreement will allow the UK and EU to now move on to discuss whether quota transfers between the parties can be agreed for this year, which could help to alleviate some of the severe problems our industry is currently facing. This has not been an easy negotiation, and we know the UK team has worked hard for several months to achieve the best outcome that was possible.’