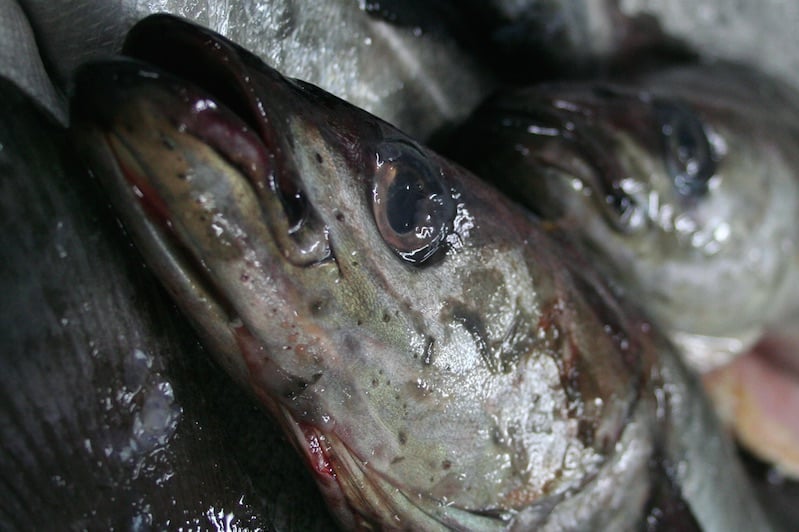 HB Grandi’s trawlers have made a good start to the new year. As in previous years, the search is on for saithe around the coast, but saithe are not easy to find. On the other hand, there is plenty of cod at this time of year while redfish remain elusive.

‘We’re into the second trip of the year and we’ve stayed on the Westfjords grounds so far. We did well on saithe last week on the Hali grounds, but the fishing slowed down after two good days. We went back up north the Westfjords for this trip and while there’s plenty of cod, we haven’t seen much saithe this time. We’re on the way south now and plan to finish the trip searching for saithe south of Reykjanes,’ said Sturlaugur H. Böðvarsson’s skipper Eiríkur Jónsson.

‘Ottó N Thorláksson was fishing off Reykjanes between Christmas and New Year and Helga María followed them. Saithe fishing is slow and there was some golden redfish to be seen during the daylight. This isn’t a good time of the year for redfish, but the days are lengthening and that will bring better catches,’ he said.

He commented that the last trip’s saithe catches were excellent quality.

‘We had some fine saithe and had hoped we’d be able to continue on saithe for a while. But they didn’t stay long and after two days it had slowed right down. There seems to be the same situation with saithe all around the country, slow fishing everywhere. At the same time we see on the news that haddock and saithe have kept fishing in Northern Norway alive as the cod haven’t showed up,’ Eiríkur Jónsson said.