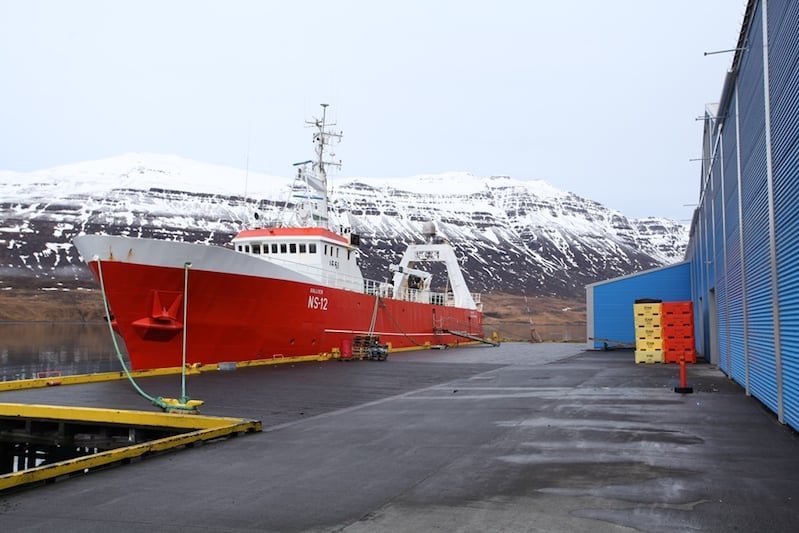 Síldarvinnslan’s production plant in Seyðisfjörður last year took delivery of 2625 tonnes of groundfish for processing; 1980 tonnes of cod and 491 tonnes of saithe.

This represents a drop compared to 2016 when the factory took delivery of 3500 tonnes of fish, but the seamen’s strike in early 2017 was one of the factors that made 2017 a difficult year, according to production manager Ómar Bogason.

‘The strike meant that there was no production for the first two months of the year. The strong króna had a negative effect on results and product prices fell across our main markets, and especially for saithe,’ he said and added that on the plus side the factory’s walls have been clad.

Most of the fish landed to the factory is from trawler Gullver, as well as from the Bergur-Huginn trawlers Vestmannaey and Bergey.

Gullver fished 4350 tonnes in 2017, which is the best year in the trawler’s history, beating its 2016 figure by 300 tonnes, although its catch value was down by ISK15 million.

Gullver was the first of the Síldarvinnslan vessels to be back at sea in 2018, followed by freezer trawler Blængur and a day later by Vestmannaey and Bergey.

The situation for the company’s pelagic vessels remains uncertain. They had been scheduled to start fishing on blue whiting in the Faroese EEZ, but with the breakdown in negotiations between Iceland and the Faroe Islands on reciprocal rights, there is as yet no indication when they can resume fishing for blue whiting – although the capelin season is expected to begin shortly.