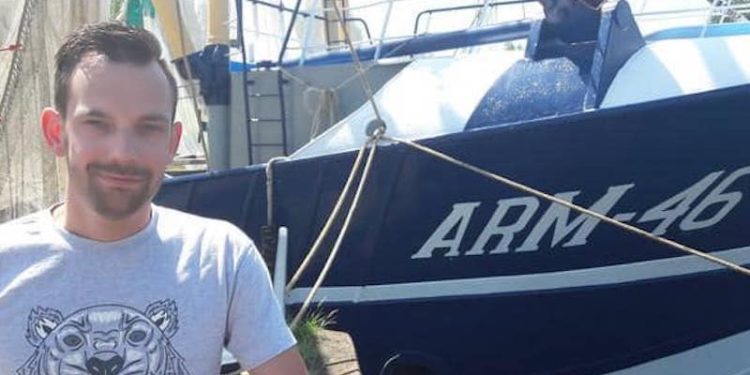 Vlissingen skipper Henry Caljouw reports that the summer fishery for shrimps has been very good, in spite of the the dire warnings that pulse fishing for flatfish would result in bare fishing grounds.

Eurocutter Cornelia Adriana ARM-46 fishes from Vlissingen in the south of Holland and has been targeting shrimps off the Belgian and Dutch coasts during the summer, working a Sunday-to-Thursday trip every week. In winter he switches to fishing for sole, and has seen a 50% fuel saving since using pulse gear in the winter.

‘We are being put up against the wall by fishermen in other countries, anglers and French activists,’ he said.

‘According to what they said, the pulse gear should have left the seabed barren. But we can see on our plotters that the grounds where we are fishing for shrimp are exactly the same places where we had been fishing for sole with pulse gear, and we have never caught so much shrimp. It has been a great season,’ he said, predicting that a ban on pulse gear would lead to fishing companies going out of business.

‘If we have to abandon pulse gear, then years of innovation and investment are wiped out. When we started with pulse gear, it was a leap forward, and a leap into the unknown. For us, it was a huge investment. If we have to change, then we’ll have to work a longer shrimp season, and then go to twin-rigging for flatfish. But so will a lot of others, so there will be increased competition.’

He commented that the loss of fishing grounds to wind farms is taking away areas where Dutch and Belgian fishermen have worked for generations – with no compensation to be had for the loss of fishing areas or the longer steaming times to get past the closed areas.

He added that they are also facing the Landing Obligation that is expected to come into force on 1st January 2019.

‘It’s a crazy regulation. If we fish for sole, then a large proportion of the small fish that arrive on deck survive when we put them back. What doesn’t survive becomes food for other marine life. But instead we will be required to bring all this ashore dead.’

‘Fortunately there is a lot happening. The directors of EMK are putting a lot of time and effort into lobbying politicians and informing the public. They are also at sea every week and a fisherman’s weekend at home is always short. But because of these efforts, there is more attention from the media on fishermen’s concerns. Fishermen are discussing with politicians and people in general have a greater understanding of our situation. all the time I speak to more and more people who understand what we are up against,’ Henry Caljouw said.