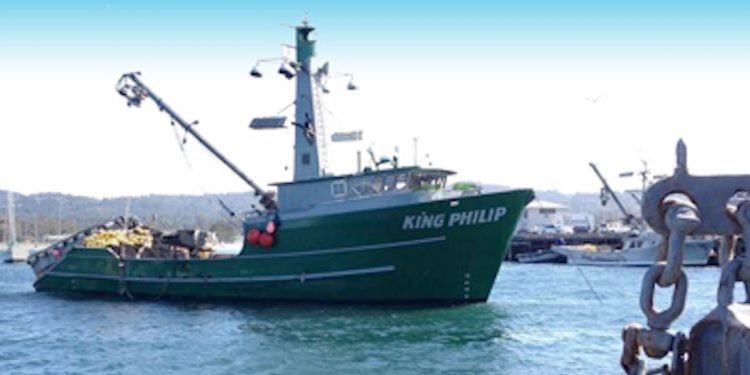 The owner of a Monterey California fleet uses his Wesmar to fish for squid, sardines, anchovy, and mackerel.

‘We have a hundred times more efficiency using Wesmar sonar. Without it we wouldn’t go fishing. For sardines you have to have it. Sonar is the main thing for us. It tells us when to start work,’ said Anthony Russo, owner of two large purse seiners in the Monterey fleet.

He owns two of the largest purse seiners in the fleet, 88-foot King Philip and 78-foot Sea Wave. He bought Sea Wave in 1989 and built King Philip in 1999. They are part of a 25-vessel fleet in Moss Landing, California that fish almost daily for squid, sardines, anchovy or mackerel.

Anthony Russo has played a part in the development of the equipment and methods used with it in this constantly changing and highly competitive fishery. They use light boats and sonar in combination. In fact he and Jimmy Campo Jr., another member of the fleet, were the first to use sonar for locating squid, watching for marks on the sonar together with position of the light boats.

‘I bought the first HD800 at the Seattle Fish Expo. It worked well on squid and after that everybody wanted to buy Wesmar. We get good service,’ Anthony Russo said.

‘The thickness feature is valuable for squid. Also sardine, anchovy and mackerel. We need it to stay competitive. When we began, the squid fleet was 100-plus boats, now it’s limited to 70, so things have changed. Generally the boats in the squid fleet are 45 to 50 feet and above in length.’

‘Wesmar make their sonar user friendly. The easier it is the more people like it. Wesmar is the only sonar I like,’ he said.

Typical of his vision and confidence in Wesmar products, he also fitted a Wesmar bow thruster with a 16-inch tube on when King Philip was built. He saw the need when docking a boat of that size, but he also uses it to stay off the net when setting. He’s currently building a light boat, and will place a Wesmar sonar on that as well.