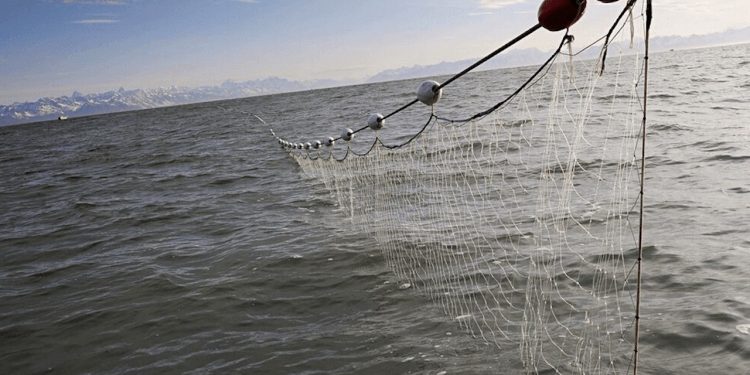 European fishing industry body Europêche is demanding that the European Union and the Indian Ocean Tuna Commission close the loopholes that have allowed fishing with drift nets to continue, despite of the 1992 moratorium on all large-scale drift net fisheries.

‘It is high time to start using the stick rather than the carrot,’ a spokesman for Europêche said.

‘Their use is still overspread, especially in the Indian Ocean, responsible for around 20% of the total catches of yellowfin tuna and high levels of by-catch of threatened and protected species such as sharks, marine mammals and turtles. The tuna fishing industry represented by Europêche calls on the EU and IOTC parties to stop turning a blind eye on this long-lasting problem and make a stand against these illegal practices during the next IOTC meeting.’

As Europêche sees the problem, those who continue to use drift nets, some of them increasing the length of their gear to more than 30km when the accepted limit is 2500 metres, can be identified – but no penalties are imposed.

‘A long time ago the UN and the IOTC (a.k.a. the authorities) adopted a rule, red lighting the use of large pelagic drift nets. Regrettably, in the Indian Ocean many of the countries that were supposed to stop at the red light never did, and even increased the use of drift nets to over 30km in length and more than 20m in depth. This happened because these countries were never penalised, as IOTC Member countries, and international authorities, preferred to use the tap on the shoulder approach rather than sanctioning such behaviour.’

To add insult to industry, some drift net operators have been rewarded with catch limits for yellowfin tuna, despite the existing gear ban and the fact these fisheries are poorly monitored – not even complying with the minimal IOTC requirements for observer programmes or sampling in port.

‘One would expect things to be different in 2021. Well, this is not the case. The IOTC will hold a Special Session between 7th and 12th March, with the focus put on the rebuilding the yellowfin stock,’ said Europêche President Javier Garat.

‘The EU and Maldives have formally tabled proposals to the meeting. Despite the European Commission’s zero-tolerance approach towards IUU fishing, those proposals continue to reward large pelagic drift net fisheries with catches of yellowfin tuna, with pointless recommendations to improve gear configuration,’ he said.

‘After almost thirty years of non-compliance with international regulations, they continue business as usual, whereas all other fisheries are penalised with higher cuts. We are talking about a gear banned by the EU since 2002 for migratory fisheries such as albacore, bluefin tuna or swordfish. The EU must ensure coherence between the internal and external dimension of the CFP.’

He commented that tuna RFMOs have been criticised for not being able to enforce what they adopt, adding that in this case, Europêche has to agree with those criticisms.

‘The European fishing sector strongly believes it is high time for IOTC and other tuna RFMOs to make drift net fisheries accountable for their actions, rather than rewarding them after thirty years of running red lights. The next IOTC Special Session might represent a good opportunity for this body to start using the stick rather than the carrot,’ Javier Garat said.

‘The EU should also consider taking market measures against IOTC countries not compliant with international rules. Otherwise, it may be too late for the yellowfin tuna stock to recover and for the protection of sensitive species, despite the efforts and cuts imposed on the European tuna fishing fleet.’