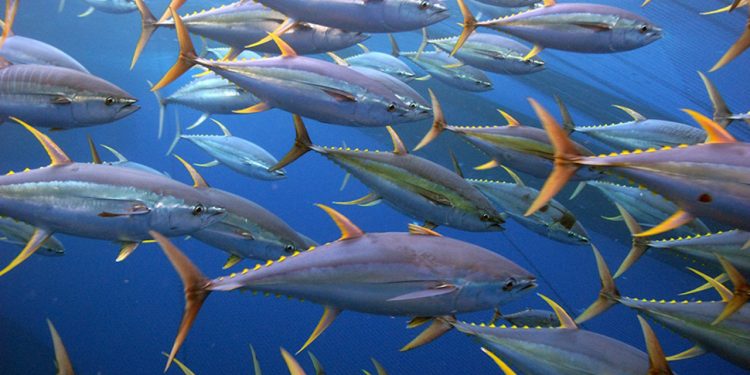 More than sixty top supply chain companies have urged the Heads of Delegations to the Indian Ocean Tuna Commission to push for the adoption of an effective plan to rebuild Indian Ocean yellowfin tuna stock – condemning the IOTC for its inaction thus far.

A letter from NGO Tuna Forum, signed by 61 supply chain companies, and addressed to the Heads of Delegation at the Indian Ocean Tuna Commission (IOTC), demands the IOTC to agree on measures to rebuild Indian Ocean yellowfin tuna at the 25th Session of the Commission on 7th June.

Yellowfin tuna stocks are judged to be ‘consistently overfished’ and listed as ‘near threatened’ on the IUCN Red List, with a number of independent bodies warning that the stock is on the brink of collapse.

The letter, which was sent to all IOTC delegates on behalf of a number of highly influential companies – including Tesco, Metro, Target and Publix – condemns the IOTC’s inaction in ensuring the stability of the tuna stock, and states that ‘any further delay is unacceptable’.

The concerned supply chain companies have urged the IOTC to adopt ‘without delay’ an effective and equitable recovery plan for yellowfin tuna, that replaces the interim measure in Resolution 19/01. Specifically, the letter reads that any measure adopted by IOTC must reduce fishing mortality to a level that will rebuild the stock of yellowfin tuna within the period of two generations.

The letter’s signatories all hold a significant stake in the yellowfin tuna stock, as organisations which source and supply tuna globally.

Many of the signatories are Tuna Protection Alliance (TUPA) partners, participants of the Sustainable Fisheries Partnership’s (SFP) Global Longline Tuna Supply Chain Roundtable, FishWise market partners and Global Tuna Alliance (GTA) partners, who have committed to  improving the sustainability and traceability of their own supply chains, and are dedicated to sourcing tuna from environmentally and socially responsible fisheries.

The 61 companies hold significant purchasing power, and a number have stated that – if action is not taken to rebuild the Indian Ocean yellowfin tuna stock – they may review whether the stock meets their sourcing policies.