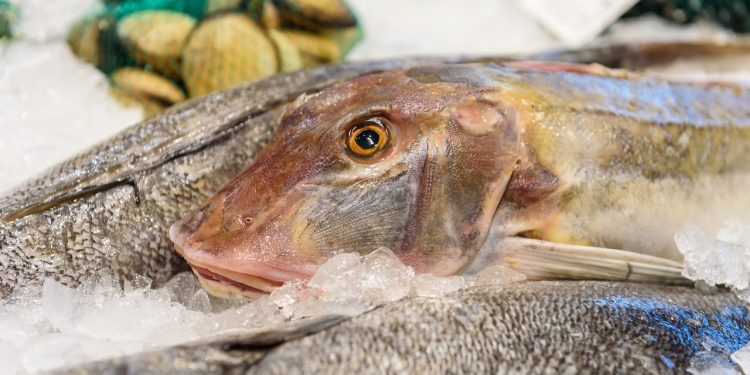 Organisers of the Messe Bremen seafood fair due to be held 13th-15th February next year are reporting a strong interest in the first face-to-face industry event of its kind for two years.

‘This is an issue important along the entire chain from raw produce sourcing through production and retail and up to the consumer,’ said the fair’s project manager Sabine Wedell.

‘Anybody in the industry who has questions in this area will definitely find information and potential partners to help them go forward.’

The focus is also on recirculating systems in aquaculture. Messe Bremen has integrated a forum with discussion rounds and presentations in the exhibition hall.

‘This will ensure short paths for participants, but also underline the importance of the issues for a sustainable future,’Sabine Wedell said, adding that another challenge in the industry is the development of vegan alternatives to fish products using plant-based proteins.

‘Even though fish and seafood remain our core competency, we must actively look at the development of additional, plant-based products.’

Since 2020, most people in this industry, in which personal contacts play a big role, have only been able to see each other virtually. That has fired interest in the first in-person meet-up for two years.

Five months before the start of the trade fair, more than 70% of the exhibition space is already booked.

‘We’ve noticed a clear sense of optimism in the industry, and exhibitors can’t wait to finally talk to customers and business partners in person,’ Sabine Wedell said, commenting that the significance of the event as a meeting point for the fish industry has built up over 30 years – and the 2022 fair has already attracted more interest than ever.

She pointed out that as Seafood Expo Global plans to permanently relocate from Brussels to Barcelona next year, this has had an effect.

‘The fish industry, especially in the Scandinavian countries and eastern Europe, is now even more focused on Bremen,’ she said.

The increased importance of the fish international is reflected in a number of new exhibitors. One of the largest is Pickenpack Seafoods. This leader in private-label frozen products is a major partner for food retailers and the restaurant and catering sector as well as a broad range of large-volume consumers.

Other new participants range from wholesalers such as Zeelandia van Belzen to importers such as H&F Handelskontor and the Asian specialist E.W.A. Wessendorf, right up to young companies like 68° Noord King Crabs, which imports king crabs and other products from Norway.

The list of exhibitors also provides an overview of the future-oriented topics at the fish international. Companies such as FRESH Völklingen from Saarland, Kingfish Zeeland from the Netherlands and HanseGarnelen based in Glückstadt/Schleswig-Holstein will showcase their high-end seafood products farmed on land and report on their experiences with sustainable aquaculture.

Once again, the trade fair in Bremen is also attracting growing interest abroad. Among the new exhibitors are salmon producers Empreseas Aqua Chile and Seaborn as well as, on a joint stand, several companies from the Canadian province of New Brunswick which specialise in particular in lobster, oysters, snow crabs, shrimps and salmon.

The organisers of the fish international have also attracted new exhibitors from Turkey. These include farming and processing companies such as Abalioglu Su Ulunleri Gida Tarim (gilthead, sea bass, trout and meagre), as well as manufacturers of components for aquaculture systems. For example, Vasg Composites and Fatih Polyester located near Izmir produce tanks and containers made of fibre-glass-reinforced plastic. Arde Makine from Bursa develops and manufactures sorting solutions for fish and frozen products.

As always, many companies will represent their home regions on joint stands. Traditionally, they include companies and organisations from Bremerhaven and Cuxhaven. Messe Bremen will also feature national pavilions representing fishing countries such as Denmark and the Netherlands.

‘All this makes our trade fair the perfect place to gain an overview of the market, meet new people and intensify personal relations,’ Sabine Wedell said.

Alongside the main event, Messe Bremen will hold Gastro Ivent, north-west Germany’s trade fair for catering and hospitality as well as large consumers. The connections between the two areas have made this joint presentation a great success. The popularity of seafood in restaurants, at events and in canteens has been increasing for years.

Thanks to a carefully designed hygiene concept, the two trade fairs will feel hardly any different from the pre-pandemic shows. The concept was developed in close co-operation with the health authorities in Bremen and will be constantly updated according to the current pandemic situation.

‘Exhibitors and visitors can be confident that we ­will take the very best precautions to protect their health in our exhibition halls,’ said Claudia Nötzelmann, the Unit Director responsible for Messe Bremen’s trade fairs.

There is growing interest from Danish exporters in presenting their new products at the fish international in February. Image: M3B GmbH/Oliver Saul