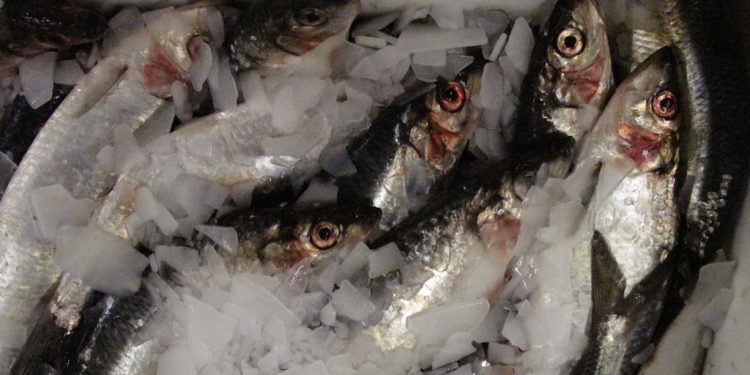 During this year’s ecosystem survey in the Barents Sea, relatively large concentrations of group zero herring were recorded in the central part and west and north of Svalbard.

According to researchers at Norway’s Institute of Marine Research, this could be an indicator that a new strong year class is on the way.

Surveying yearling (0-group) herring was one of the prioritised areas during this year’s ecosystem survey. These surveys have been taking place since 1965 and have been used to provide a first indication of the strength of an upcoming year class.

Since 2004, few good herring year classes have been observed in the Barents Sea. So there’s some excitement about the results from this year’s survey.

In contrast, the 2002 and 2016 year classes were average at the 0 group stage, but have provided a good replenishment for fisheries and the spawning stock in the Norwegian Sea.

There were challenges ahead of this year’s survey. As Johan Hjort and GO Sars had begun to cover the western and central area, the third vessel, Kronprins Haakon, was docked to save expensive operating expenses.

After adjustment and cuts in the north and west, GO Sars was able to complete the coverage of the central Barents Sea and the west and north of Svalbard.

Johan Hjort continued with the survey and moved on to the capelin area to obtain the necessary data to provide quota advice on capelin.
The Russian research vessel from PINRO has been waiting a long time for a spare engine part, resulting in a delay of almost one month that will lead in a reduction in the zero group surveys to the east, and poor synoptic coverage for plankton, demersal fish and marine mammals.

So far this year relatively good concentrations of 0-group herring have been recorded in the central part of the Barents Sea and west and north of Svalbard.

This suggests that a good number of the herring larvae have been carried from the spawning grounds further south, up along the continental slope with the current. It is unusual for herring fry to be distributed this far north, and it is uncertain whether they will survive.

This year’s records show that the length of the fry is at a medium level, and this indicates that they have so far found sufficient food, but it is too early to reach a conclusion on the strength of the 2022 class.