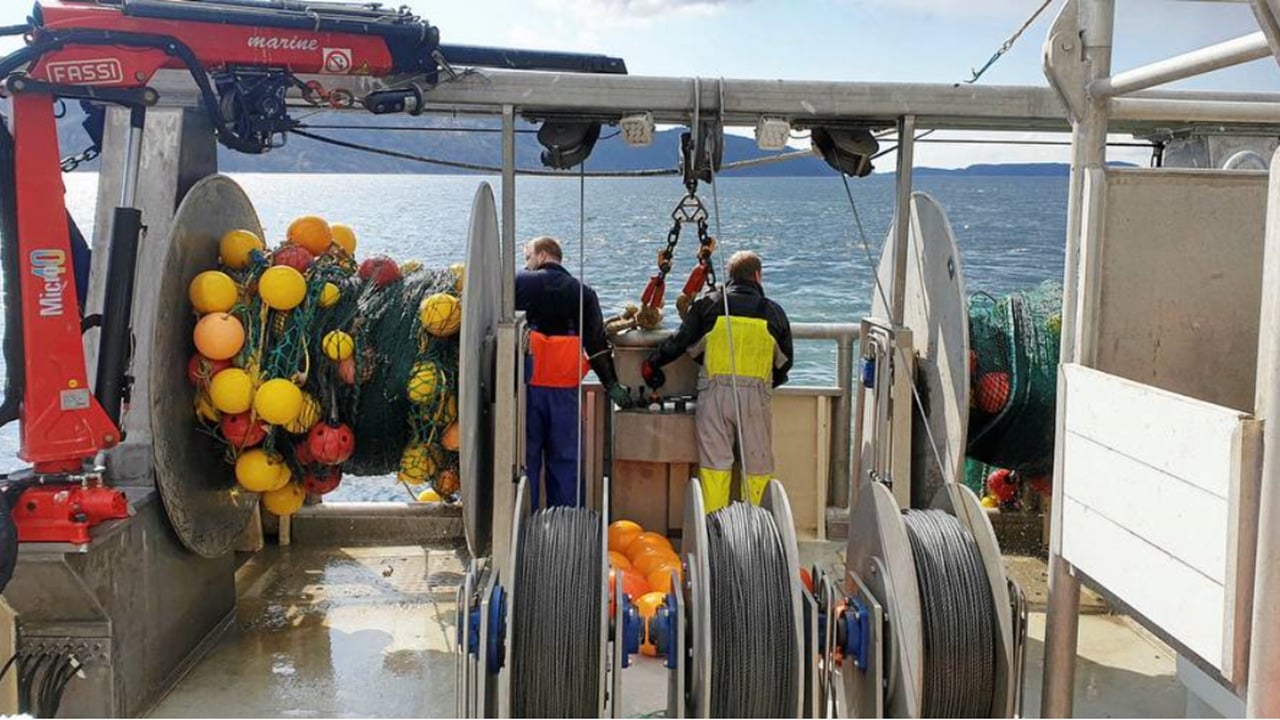 The experimental grid has an opening to allow langoustine to pass through into the codend instead of being filtered out with other by-catches. Image: Liz B. Kolstad Kvalvik, Havforskningsinstituttet

Norwegian coastal fishermen have since the beginning of this year been required to use a sorting grid when trawling for shrimp, with the disadvantage that they lose a valuable by-catch of langoustines.

In a project funded by investment and development fund FHF, skipper Christoffer Svennes made his boat Eli R available for two weeks of trials with the Institute of Marine Research to develop something that would effectively filter out by-catches, but while retaining the high-value langoustines. The grid has an importance in that it contributes to the eco-label attached to the shrimp fishery
The work centred around locating an opening at the lower edge of the grid that would allow langoustine to filter through to the codend to be retained.
‘It’s clear that we don’t have any answers yet on what the researchers concluded, but from what we could see in the codends, it’s going in the right direction,’ Christoffer Svennes said.
‘There was considerably more langoustine with the opening. There was probably a bit more by-catch, but not much.’
The Institute of Marine Research conducted similar experiments six years ago and at that time results showed a significant increase in crustacean catch, without a significant increase in bycatch of fish.
‘It has been a little uncertain whether there was sufficient documentation in the experiment that was done in 2013,’ said Terje Jørgensen at the Institute of Marine Research.
“It was decided that new experiments should be carried out that will give the fisheries managers a better basis for deciding whether or not they can accept such an opening.’
Two of the trials were carried out in March and April this year from Hvaler and Lindesnes. A further trial will be carried out in the autumn in Rogaland.
Terje Jørgensen was in the lead for two weeks on board Eli R, fishing with two identical trawls. One was rigged with a standard grid, while the other was fitted with the langoustine grid.
‘We compared the catches in the two codends, to see what effect this has on bycatch,’ he said.
‘The impression is that there is generally little by-catch, but a little more in the trawl with a opening in the grid. But I don’t want to say much about the results until we have all the data.’