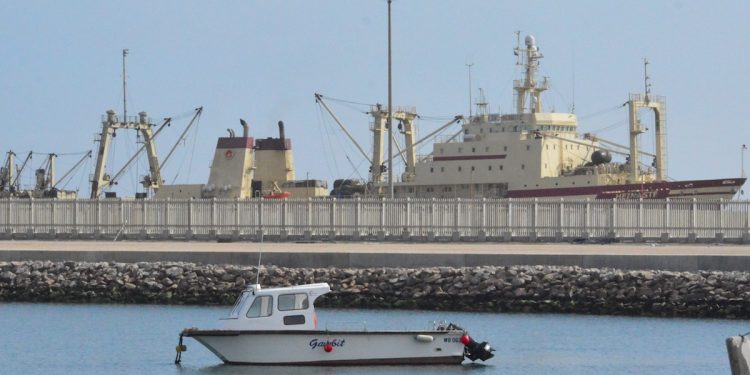 Icelandic fishing company Samherji, embroiled in a controversy over alleged bribery in Namibia, has pledged to honour its commitments as it disengages from its activities there.

Of its three trawlers that have been active in Namibia, Geysir, Saga and Heinaste, only Heinaste remains – and a court case against its skipper Arngrímur Brynjólfsson has been resolved after he pleaded guilty to fishing in a restricted area. He has since been freed as the 950,000 Namibian dollar fine was paid – reportedly in cash – but Heinaste is since reported to have been impounded a second time.

According to Samherji, the intention is continue to operate Heinaste in Namibia, possibly under a charter arrangement with local operators.

The company states that Geysir is now fishing in Mauritania, while Saga is undergoing planned maintenance – although Saga is reported to have left Namibia with very short notice, taking its crew by surprise.

‘Before Samherji’s divestment in Namibia is finalised, its relevant subsidiaries will fulfil all obligations towards crew members who have worked for these companies. Samherji representatives have met with the affected fishermen and their unions,’ Samherji’s interim CEO Björgólfur Johannsson stated.

‘Samherji will strive towards providing employment for as many as possible of those affected, first and foremost related to Heinaste. The companies in question will honour their obligations towards all employees. All personnel will be treated in accordance with applicable laws and regulations.’

He commented that in recent months, some parties have made attempts to take advantage of the allegations against the Samherji Group to their own benefit and misinformation has been spread concerning the nature of Samherji’s engagements.

‘Samherji does not intend to argue such civil disputes publicly but will rather protect its contractual rights through the appropriate channels. Samherji is of the firm opinion that relevant obligations in Namibia have been, or are about to be, fulfilled.’