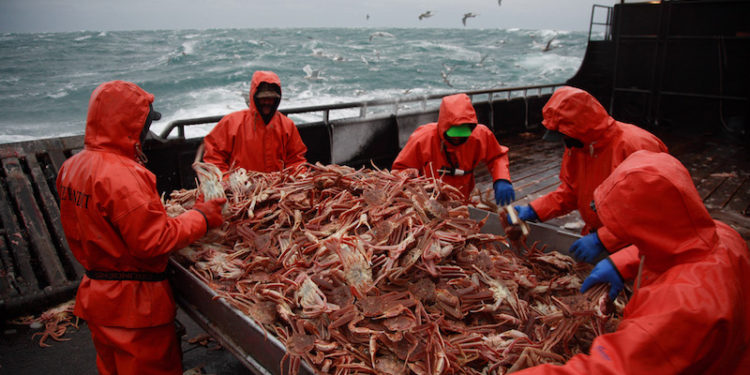 The fishery client, Association of Crab Catchers of the North, was established in 1992. The certified fishery holds the entire quota for commercial red king crab in Russia’s EEZ and is comprises ten crab vessels using traps. Parts of the traps are manufactured of biodegradable material.

‘The work on this project has helped us to improve the management systems both inside our organization and in our fisheries. Through the process of becoming MSC certified, we now better understand the environmental impacts of our activities. I would like to emphasise that the existing fishery management system in Russia, fixing quotas for biological resources for bona fide users (the so-called ‘historical principle’), encourages fishermen to take good care of the resource, considering the stock status as a key element of sustainable, long-term business development. Now we have started a pre-assessment of the snow crab (Chionoecetes opilio) fishery in the Barents Sea, with Acoura Marine. We have no doubt that our experience and competence gained in the MSC process will allow us to successfully complete this project.”

The red king crab (Paralithodes camtschaticus) is also known as the Kamchatka crab or Alaskan king crab and is native to the Okhotsk and Japan Seas, the Bering Sea and the northern Pacific Ocean. It was introduced to the Barents Sea by Soviet fishery scientists between 1961 and 1969. Today, this species is common in the southern Barents Sea shelf from northern Norway in the west to Kolguev Island in the east. The crab stock has been commercially fished in Russia since 2004.

Scientists from the Polar Institute of Fishery and Oceanography (PINRO) conduct annual stock assessments using several independent methods and the TAC is set on the basis of harvest control rules. In the territorial waters of Russia crab fishing is currently banned.

Red king crab is one of the largest edible crab species in the world. Crabs can grow as large as 28cm with a leg span of up 1.8m and can reach weights of 10 to 15kg. The main markets for red king crab are the USA, China, South-East Asia, the EU and Russia.