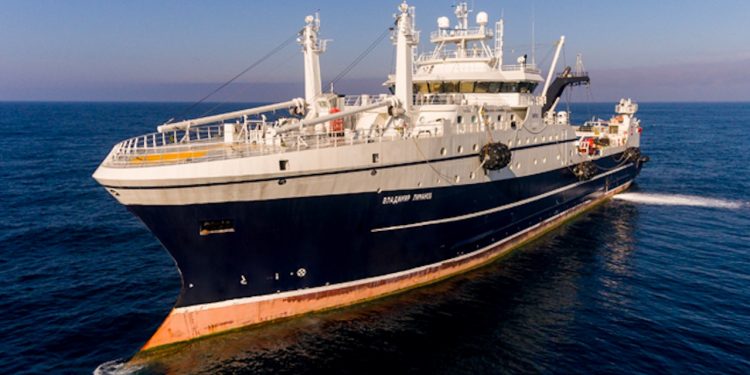 This places Daisui as RFC’s strategic partner in surimi sales and marketing on the Japanese market – the biggest pollock surimi market in the world.

‘Daisui is an important strategic partner, and this co-operation opens up broad prospects for surimi produced by RFC on the Japanese market. Japanese seafood producers are world-renowned experts of the highest level,’ commented Saveliy Karpukhin, First Deputy General Director of the RFC.

‘So we are confident that with the expertise and technical assistance of Daisui, RFC will ensure the highest quality of surimi from environmentally friendly wild sea-frozen pollock, harvested and carefully processed on board RFC’s trawlers.’

The Russian Fishery Company has been able to start surimi production following the delivery of Vladimir Limanov, the first of its new fleet of high-capacity trawlers, which is to be followed by a further ten modern factory vessels which will replace the older tonnage in the company’s fleet.

‘Based on the agreement, the surimi produced by RFC will be imported and sold domestically by Daisui through PRG (Pacific Rim Group). RFC’s surimi is a high-quality product made by processing of pollock with outstanding freshness from Russian fishing grounds in the Bering Sea and the Sea of Okhotsk,’ said Daisui President and CEO Eiichiro Yamahashi.

‘Daisui is very honoured to be a strategic partner and will play a leading role in distributing high-quality RFC surimi products in Japan. We are confident that RFC products will be well received in the Japanese market and that this joint operation will continue to grow.’

‘The agreement is in line with RFC and PRG strategy to support our customers in Japan and globally to grow their surimi markets,’ said PRG CEO commented Hosup Rim.