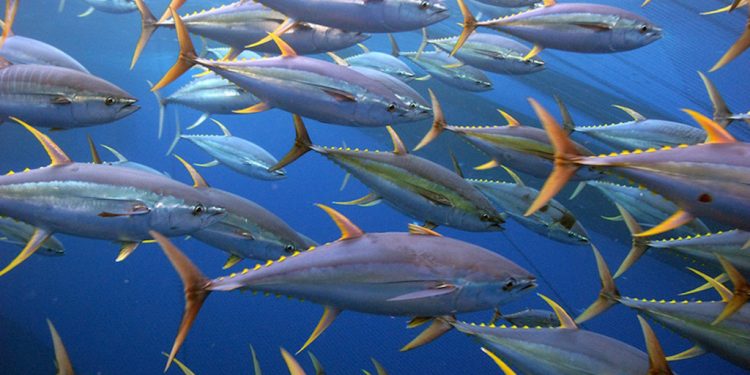 The International Seafood Sustainability Foundation (ISSF) has published a position statement ahead of the Indian Ocean Tuna Commission’s (IOTC) annual meeting this week, with a request for urgent and immediate steps to reduce catch of the yellowfin tuna in line with scientific advice.

‘Although the IOTC ultimately agreed on a new rebuilding measure for yellowfin tuna in 2021, the effectiveness of that measure is uncertain given the number of Commission members that objected to it,’ said ISSF President Susan Jackson.

‘The situation is as just as urgent this year as it was in 2021. The yellowfin stock remains overfished, and catches continue to increase despite the rebuilding plan and catch reductions by some fleets under previous measures.’

ISSF’s proposals are for revisions to ensure the effective rebuilding of yellowfin tuna by reducing catches by at least 22% relative to the 2020 catch level, and for over-catches in contravention of specific IOTC resolutions to be addressed.

Further points are to ensure that catches of skipjack in 2022 do not exceed the limit set by the adopted harvest control rule, for a bigeye tuna management procedure to be adopted, and agreement on permanent limit and target reference points for tropical and temperate tunas, particularly yellowfin.

‘And it’s not just yellowfin that are of concern. Catches of skipjack tuna in 2020 were higher than the annual catch limits set by the IOTC harvest control rule. The Commission must adopt an effective, enforceable rebuilding plan for yellowfin tuna that gives full effect to the advice of the IOTC Scientific Committee by reducing catches by at least 22%,’ Susan Jackson continued.

‘For skipjack, the IOTC must ensure that catches in 2022 do not exceed the agreed annual limit. These actions are critical to ensuring the long-term sustainable management of these important tuna resources.’

Further points are for fish aggregating device (FAD) management measures to be strengthened, the terms of references and work plan developed by the IOTC ad-hoc Working Group and accelerate work on electronic monitoring program standards to be endorsed and for the resolution to require fins naturally attached for sharks, irrespective of how they are landed to be amended.