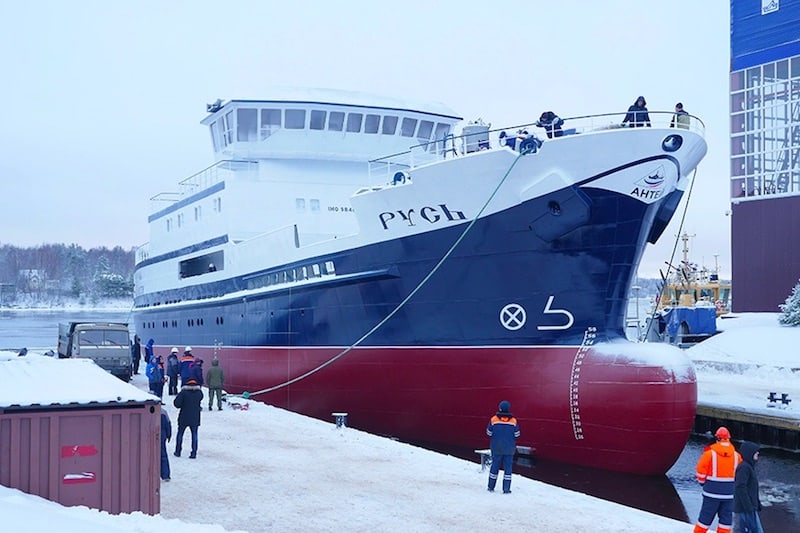 The first new crabber for a Russian operator has been launched at the Pella Shipyard in Leningrad, and is being built for fishing company Antey, with completion of the 50 metre vessel scheduled for the third quarter of 2019.

Rus is designed for fishing Kamchatka, opilio and blue crab using Japanese-style concal traps, and it will have a catch-handling deck on board for sorting catches, loading them into cages and for these to be held in insulated RSW tanks with a 461 cubic metre capacity. In addition, there is a 30 cubic metre bait store.

‘This venture will make it possible to increase the efficiency of the sector, as well as the safety of the crew and the overall competitiveness of the enterprise,’ commented Acting Head of the Federal Fishery Agency’s North-West Terrorist Directorate Andrei Vladimirovich Yakovlev.

Rus was sent on its way into the water for fitting out by its godmother Irina Viktorovna Mikhnova.

Akurey to sail next week