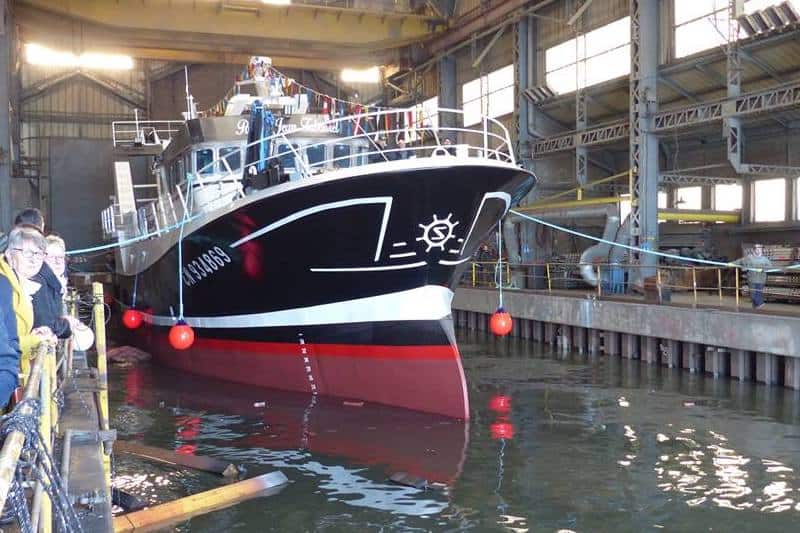 With the delivery of a seine netter/trawler or Les Sables d’Olonne completed only a a few days earlier, the Socarenam yard in Boulogne has also handed over identical trawlers for two owners in Port-en-Bessin.

The aluminium wheelhouses of the two 24.90 metre, 7.80 metre breadth trawlers have been built at the Socarenam Côte d’Opale yard in Etaples and were brought to the company’s Boulogne yard where the steel hulls were constructed. The two new trawlers have 110 cubic metre fishrooms and 635kW main engines.

Patron Jean Tabourel has been built for Jean-Baptiste Houchard and replaces a 23 metre, 33-year old trawler of the same name.

L’Alliance has been built for Jérôme Vicquelin and Loïc Bihel, replacing their 22.50 metre L’Europe.

The two new trawlers are the first new additions to the Port-en-Bessin fleet for some years.