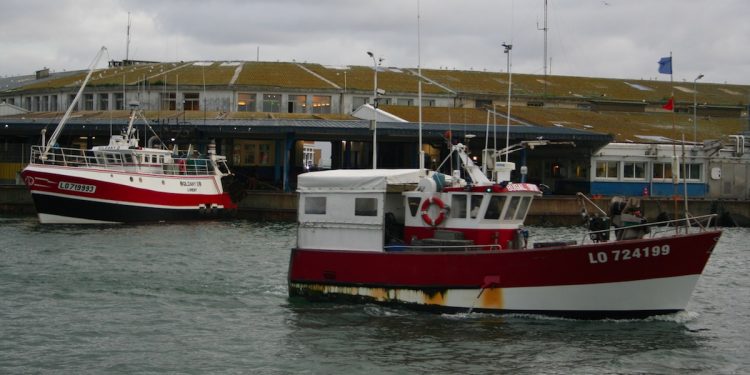 Fishing effort in the North-East Atlantic has been reduced by close to half over the last tow decades, with fish populations found to be 50% greater in 2018 than they were in 2010, according to the European Scientific, Technical and Economic Committee for Fisheries (STECF) annual report on the performance of the Common Fisheries Policy.

The STECF report provides evidence of overall positive trends for many fish stocks in the eco-regions across Europe, confirming that in the North-East Atlantic the proportion of overexploited stocks was reduced almost by half if compared with 2007 figures.

The proportion of stocks outside safe biological limits shows a similar downward trend under the same period. Recruitment figures show that the number of young fish entering the stocks as consistently increasing since 2012, which may explain the increase in stock’s production.

European fishing industry body Europêche warns that this latter figure should be treated with caution since it may not reflect the reality of certain fish species largely impacted by environmental factors, while also commenting that further improvements are still needed in the Mediterranean region.

‘The majority of fish stocks in the North-East Atlantic are healthy and thriving. That’s thanks to many years of sacrifices being made by the EU fishing fleets and intensive collaboration with scientists and public authorities to improve fishing practices and fisheries management. Overfishing in the EU is at an all-time low.’

He commented that it is a source of regret to Europêche that radical environmental NGOs continue to launch gloom and doom studies trying to prove that the state of stocks in European waters is poor – and while there has been overfishing in the past, this is no longer the case.

‘Some NGOs do not recognise the good progress made in the past twenty years. It frustrates the efforts of our companies that invest in sustainable practices and want to do things better. It generates an ambience of mistrust, jeopardising the collaboration of the industry with scientists, governments and NGOs,’ he said.

‘This also confuses consumers, because aggressive campaigns from these organisations may lead them to think that the oceans and fish stocks are in a dire situation and that consuming fish could contribute to harming the environment, when it is totally the opposite. The reality is that in the last 10-20 years no industry has made so many efforts and commitments towards sustainability like the European fishing industry.’

Europêche argues that part of the problem lies with the fact that the main EU fisheries law introduces targets and objectives which go against scientific advice and the fisheries reality. In this sense, even though scientists acknowledge that it is not possible to achieve MSY levels for all stocks at the same time, this is an actual objective of the CFP.

‘Incredible accomplishments to achieve sustainability in our waters have been made in a record time, to the point that almost 100% of the landings from EU-regulated stocks come from catches fished at the MSY levels,’ Daniel Voces said

‘However, the introduction of unachievable policy objectives in the CFP, reform after reform, unfairly gives the impression to citizens and consumers that the fishing industry is not sustainable. Policies need to be ambitious but rational at the same time.’