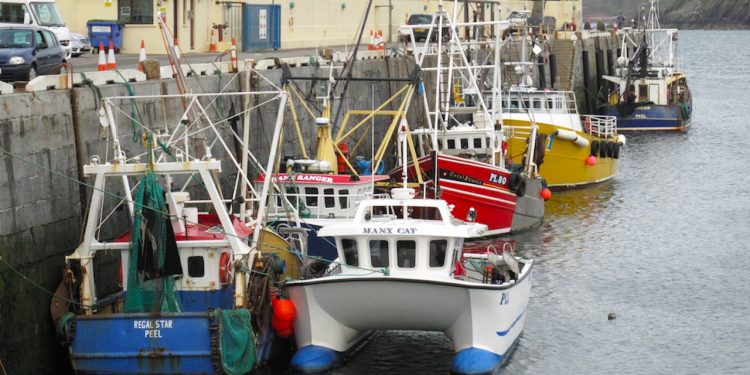 ‘The arrangements which set out the terms of access for certain EU vessels to parts of the Isle of Man’s territorial waters in the future are set out in Article FISH.10 of the UK-EU Trade and Co-operation Agreement (TCA),’ a spokesman for the Isle of Man government stated.

‘The TCA, as it relates to the Isle of Man, was negotiated by UK officials, on behalf of and in consultation with Isle of Man officials, and was concluded on 24th December 2020. Under the Agreement, only those vessels that can demonstrate a historic track record of having fished for more than ten days in any of the three 12-month periods prior to January 2020 can access Isle of Man waters.’

According to the Isle of Man government, future activities of these vessels will also reflect the actual extent and nature of their historic activity during this reference period.

‘To state that EU vessels can ‘plunder’ Isle of Man waters suggests that access is uncontrolled and excessive. That is far from true, as access will be very tightly controlled, and subject to a local licensing regime and managed by the Isle of Man authorities on a sustainable basis, as is the case for all vessels fishing in Manx waters, irrespective of nationality,’ the Isle of Man government states.

To clarify the situation relating to exports of shellfish to the European Union, the spokesman commented that scallops exported from the Isle of Man are not subject to regulations applying to live bivalve molluscs.

‘They do not fall within the category of live bivalve molluscs. Scallops caught in Manx waters are processed prior to export and are, therefore, not exported live,’ he said.