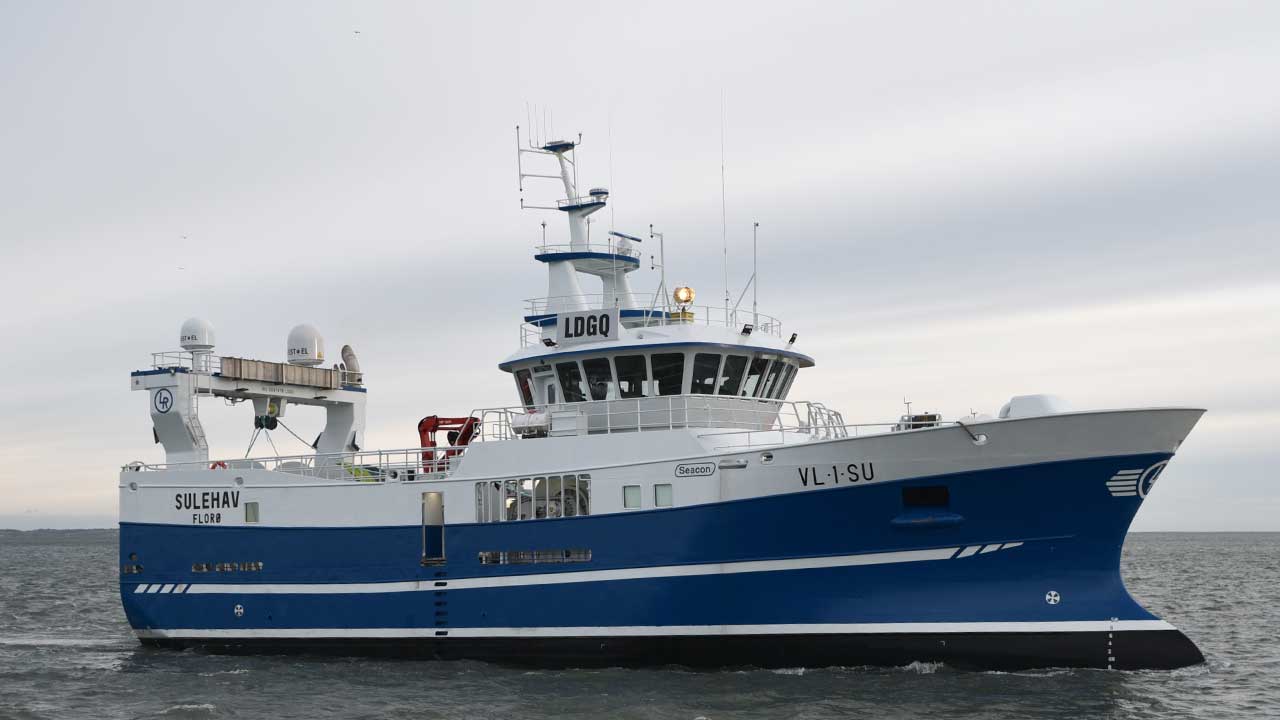 Unlike their previous vessel, the multi-purpose Sulebas which was built seven years ago, Linne and Magnar Lending have opted this time for a dedicated seine netter with the new Sulehav.

While Sulebas has capacity for purse seine, fly-shooting and gill net fisheries, with the Sulehav that has been delivered by Thyborøn Skibs & Motor (3XJ) the focus is solely on fly-shooting, and although the 34.16 metre by 9.5 metre breadth vessel can easily be rigged for trawling if required, there is no expectation that they will take up this option.

According to skipper Werner Lending, they will concentrate on fly-shooting as a gentler method of fishing resulting in better quality and higher prices, and landing catches that have been weighed, boxed and iced at sea. Catches are taken by road to Hanstholm auction, where he believes the strong focus on fresh fish gives them a better kilo price.

He expects to fish mainly in the North Sea in the spring, summer and autumn, primarily for whitefish and exclusively cod and saithe in the winter months. Then Sulehav will shift northwards to spend around a month fishing in Svalbard before heading back south.

The crew of twelve work a rotation of four weeks on and four weeks off, giving everyone a decent amount of time at home, with roughly six landings of 1400-1900 boxes during each four-week period. This arrangement means that Sulehav should be able to be in operation year round, with a break only for Christmas.

He commented that Sulehav is registered in Norway as a coastal fishing vessel and this is a family-run operation. In addition to the local people in the crew, several of his cousins and his sister Maria are also part of the company.

Norwegian naval architect Seacon, which was also involved in building Sulebas in 2014, has played a major part in Sulehav’s build. The owners were seeking a design that could combine operational economy and good seakeeping qualities with high quality crew facilities and the capability of landing the best possible quality of fish.

Werner Lending said that they are looking forward to starting fishing early next month. From Thyborøn Sulehav will head for Kristiansand in Norway before making for North Sea fishing grounds.

Designed by Seacon, Sulehav’s hull was built at Stocznia Wisla in Poland and completed in Thyborøn by Thyborøn Skibs & Motor.

The main engine is an ABC, driving a Finnøy Gear & Propeller gearbox. The Nordhavn GASI 09-07 generator is based on a Scania engine and the thrusters are from Hundested Propeller.
Thyborøn Skibs & Motor supplied the deck equipment, including the seine winches and net drums.

Boa-Tech supplied the complete system for sorting, gutting and washing catches, and ensuring that they reach the fishroom in peak condition. Lemvig Maskin & Køleteknik supplied the chiller system.

The fishfinder is a Simrad ES80 echo sounder and there are Olex and MaxseaTZ PRO plotters, with the MaxSea set incorporating a Chirp sounder and a solid state doppler system and radar.  The bank of 55 inch monitors are managed by anVest-El Monitor Control system (VMC).

The FMD3200 Dual ECDIS package, FMD3200 radar and the current log are from Furuno, while the autopilot is from Simrad and the A2 GMDSS system and V-Sat KA system are from Sailor. Intellian supplied the Sat-TV system. 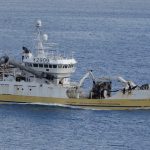