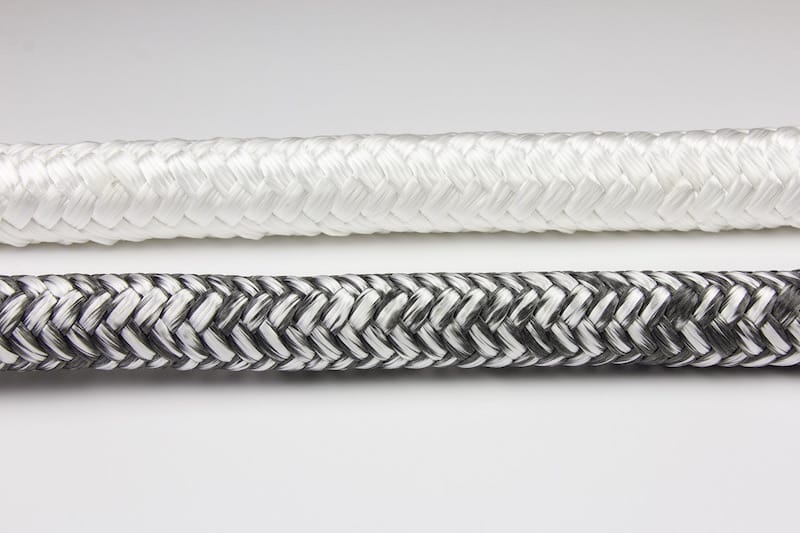 The company’s Caroline van Beelen said that they had for some years declined to produce warps, although rope the company has supplied has often been used for just that purpose, frequently with an unjacketed 12-strand rope used on smaller trawlers, especially for trawlers of around 200hp in Denmark.

‘It was when the Dutch fleet started asking for this that we overcame our reluctance,’ she explained.

‘Dyneema has been in use for a long time now and there’s a lot more experience of using it than there was a few years ago, as well as an awareness of how to handle it. So we were comfortable with producing Dyneema warps for the twin-rig fleet that has been asking for this.’

The new vBwarps are made so far in diameters of 24 to 30mm, with a fixed core and an outer protective mantle, and between the two the construction of the warp can be varied to the customer’s requirements for density.

‘It’s a very firm rope with multiple cores, designed to keep its shape on the winch drums. We can produce vBwarp in any diameter and we’re able to produce this in long single lengths, depending on the diameter required. 1000 metres is no problem,’ she said.

‘I’m certain that in future synthetics will be used much more widely and there’s a lot going on to replace steel wire with high-strength synthetics that are both easier to handle and safer to use,’ she said. ‘Our experience is that usually nobody wants to go back to wire, even if there are issues to cope with to start with.’