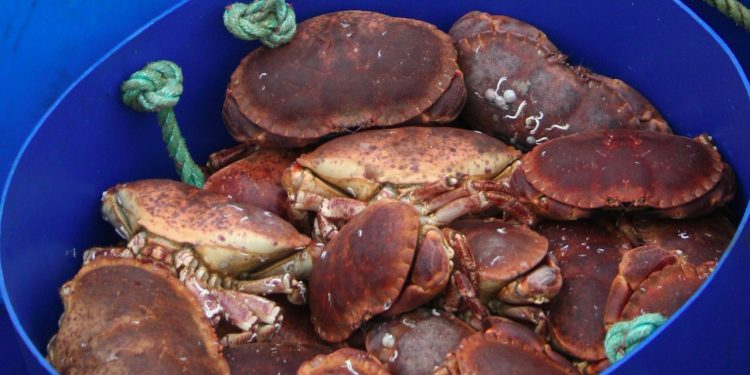 A group of the English fishing industry’s big names have written to Secretary of State for Environment, Food & Rural Affairs George Eustice to set out serious concerns over MMO proposals for documenting seafood exports. They state that proposals for validating catch certificates for fish to be exported could affect the viability of auctions, merchants and processors.

‘It could be the final straw for many businesses which are still facing extremely tough times because of the pandemic. This affects all sectors and just about all types and sizes of vessel,’ they state.

With Brexit just weeks away, the MMO position appears to be that under the new 2021 arrangements, logbooks, landing declarations, catch app returns and sales notes must be with the MMO before a catch certificate can be checked and validated.

‘The MMO is stipulating that logbooks, landing declarations and catch records must be accurate and submitted by the deadline set in the EU regulations, and that the data on landing declarations and sales notes must match. Theoretically, this might seem not unreasonable, but it fails to take into account regulatory, logistical and commercial realities,’ the letter to George Eustice reads.

While this more cumbersome set of regulations could affect every aspect of the cross-Channel/North Sea seafood trade, the prime concern is for exports of highly vulnerable live shellfish which rely on frictionless rapid transport links.

‘To date, the regulatory systems for monitoring the fish/shellfish caught, landed and sold have largely operated in ways that recognise and allows for this fast pace supply chain, while also ensuring that the MMO receives the data they require. There has been recognition by the MMO for years that the EU regulations required pragmatic interpretation,’ the group states.

‘Your Department was able to demonstrate quite recently to the satisfaction of the EC that the current system is working effectively,’ they add.

‘To insist that all documentation is submitted to the MMO prior to a catch certificate being issued, will in effect exclude any export within the first 48 hours of that fish/shellfish being landed, with all the loss of value and quality that this brings.’

Under current arrangements, it has been possible to dispatch seafood, and for the paperwork to be completed subsequently – and shipments frequently reach European buyers before the formalities have been dealt with. But from 1st January next year, all fish exports will need to be accompanied by a catch certificate.

‘Where the export is made to an EU based auction house or a UK registered vessel lands directly into an EU port, the price and/or weight information will simply not be available to enable the sales note or landing declaration to be completed prior to the sale and in turn this would not enable the catch certificate to be prepared and would therefore not allow these operations to continue.’

The group of companies, all based in the south of England, state that these problems have been raised with the Minister and officials on a number of occasions – so far without resolution.

‘The Government is urging businesses to prepare for 1st January 2021, and warning that change is coming whether an agreement is reached or not. We are doing everything we can to be ready, but would ask that Defra and the MMO play their part in ensuring that workable systems are put in place without further delay. Currently there are still vital processes and detail missing to allow our businesses to be Brexit ready. These can only be put in place by Government and we cannot be Brexit ready without these being complete and tested well in advance of the 1st January 2021,’ they state, and comment that there is an irony in the government having already acknowledged that perishable seafood products should be given systems priority for exports over other goods – while the MMO is presenting the industry with demands that do the very opposite, by effectively delaying exports.

Signatories to the letter include Newlyn, Brixham and Plymouth fish auctions, the SWFPO and a number of prominent fish trade companies across the south of England.