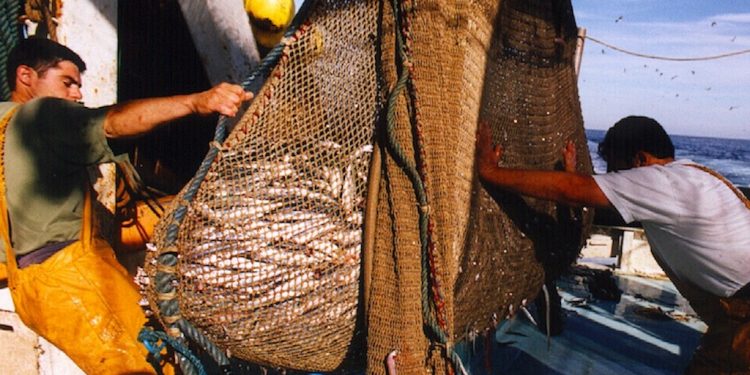 France and Spain are set to roll out stricter measures in the Gulf of Lion to protect marine stocks and habitats as part of conservation efforts supported by the General Fisheries Commission for the Mediterranean (GFCM).

In an area of 45 square kilometres in the Gulf of Lion, all fishing of demersal stocks conducted in a way that could endanger their sustainability is prohibited.

This refers to both recreational and professional fishing with towed and bottom-set nets and bottom and mid-water longlines.

In the surrounding 2017 square kilometres area fishing will be banned between November and April, while during the rest of the year, fishing effort in terms of vessel numbers and days at sea is capped at 2008 levels.

The new restrictions are a result of GFCM recommendations agreed on in November 2021 and these build on measures already introduced in 2009 when the same area of the Gulf of Lion was declared a Fisheries Restricted Area (FRA), setting at the time limitations to fishing in terms of number of vessels operating in this area that should not go beyond the numbers allowed in 2008.

The area offers a safe haven for spawners of species of high commercial value that are currently overexploited according to scientific assessments.

‘The new measures will boost our efforts to protect spawning grounds of fish species such as lobsters, European hake and monk fish amongst others that live in the Gulf of Lion. France is committed to do what it takes to boost marine conservation efforts,’ said Eric Banel, Director of the French Directorate General for maritime affairs, fisheries and aquaculture.

‘To date, there are ten Fishery Restricted Areas in the Mediterranean and Black Sea region – a result of GFCM’s work. These areas are a win-win for fishers and the environment as marine biodiversity recovers and fishers benefit from increasingly abundant catches. We are pleased that with these new measures the Fisheries Restricted Area in the Gulf of Lion will be more productive,’ said GFCM Fishery Officer Pilar Hernandez, who co-ordinates GFCM’s work in the Western Mediterranean.

The new measures are seen as important as the Gulf of Lion has been recently identified as a priority area for the conservation of Mediterranean deep-sea resources and ecosystems. While the Gulf of Lion is one of the most productive Mediterranean areas and a biodiversity hotspot, it has increasingly come under threat due to anthropogenic pressures which include fishing, tourism and pollution, among others.

According to GFCM report The State of Mediterranean and Black Sea Fisheries 2020, the European hake is fished nearly four times beyond its sustainable level and crustaceans such as blue and red shrimp and langoustine are fished nearly three times beyond the levels that would be considered as biologically safe.

Following the adoption of management measures such as the restrictions applied in the Gulf of Lion, these species are showing signs of recovery. The exploitation indices for European hake have decreased by nearly 30% since 2018.

The establishment of no-take fishing zones or fisheries restricted areas is a result of negotiations between governments, policymakers, fishermen and other parties and a growing acceptance of an ecosystem approach to fisheries management fostered by the GFCM.