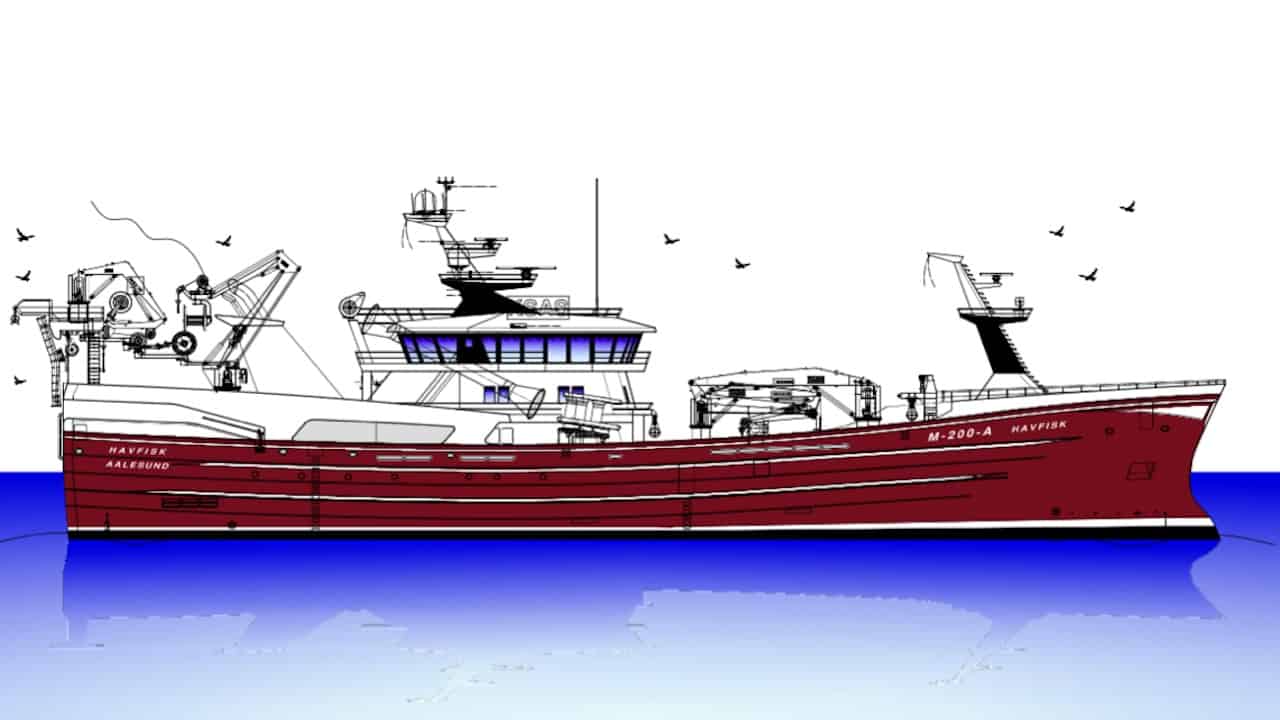 Norwegian fishing company Havfisk AS, a subsidiary of Henning Veibust’s Ålesund-based company Veibust Fiskeriselskap, has placed an order for a new 75.10 metre pelagic vessel to be built at the Karstensen yard in Skagen. The new vessel will operate alongside current purse seiner/trawlers Havsjker and Havstål.

Havskjer was delivered to the company by the same yard in 2021, and the order for the new Havfisk represents a continuation of the relationship between customer and shipbuilder.

The Veibust Fiskeriselskap vessels operate primarily on herring and mackerel with purse seine gear, switching to pelagic trawling to fish for blue whiting. The company was established in 1993 and took delivery of its first new vessel in 2000, and the new Havfisk will be its fourth newbuild.

The owners and the yard’s designers have co-operated already on a number of large projects over the years, including the conversion of the current Havstål and its subsequent refit to incorporate NOx reduction technology.

The 75.10 metre LOA, 16.20 metre breadth Havfisk is designed on very similar lines to Havsjker, with a fully watertight cargo deck and the trawl deck after raised one level up from the usual pattern, which increases freeboard and contributes to a safer working environment on deck.

The design work has focused on optimising the new vessel’s performance in relation to its operating profile to achieve minimal fuel consumption. Havfisk will have heat recovery from all engines, LED lighting throughout and other measures to minimise energy consumption.

The list of suppliers includes both repeat and new business, with Karmøy Winch contracted to supply the deck machinery, as it did for Havskjer and the main engine will be a 5200kW Wärtsilä 31, backed up by three Scania DI16 generators. The RSW system will be a 2x1500kW system from PTG Frio Nordica and the vacuum system will be a 4x87kW system with twin 4200 litre tanks. 1400kW aft and bow thrusters will come from Brunvoll.

Due for delivery in February 2024, Havfisk brings to 16 the list of pelagic vessel on the Karstensen orderbook and this contract is worth NoK375 million.