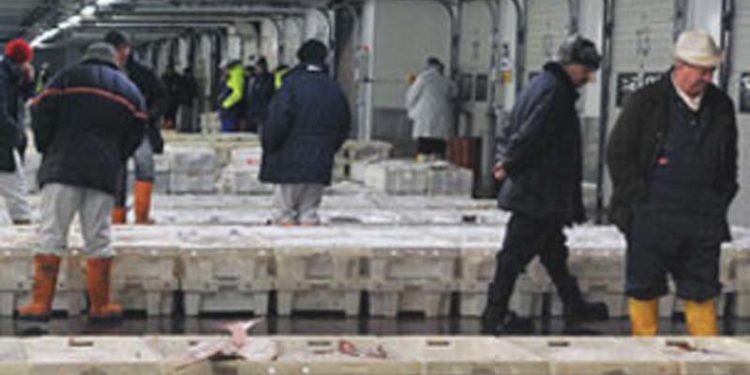 Articles in the press this week with titles such as “200 Tonnes of Fish to be Destroyed” and “Illegal Fish Destined for Destruction”, along with misleading or inaccurate content, are reflecting badly on the whitefish and pelagic industries.
The Scottish Seafood Association wishes to refute the perceived innuendo resulting from these articles, which relate to a court case brought by Aberdeen City Council against Shetland-based salmon processor Framgord.

The fish at the heart of the dispute are heads and frames of farmed salmon, which are a by-product of processing an aquaculture product. The aquaculture industry is different from the wild-catch sector, which fishes for cod, haddock, monkfish, prawns etc in the North Sea and Atlantic waters.

Referring to the disputed fish as ‘illegal fish’ is not correct as this wording suggests an association with ‘black fish’ which is fish caught outwith EU set quotas and is a practice that has been stamped out in Scotland. Comment from an EHO associated with the case stated that the fish was “to be illegally exported”. Quotes on local radio from the EHO clarified that the dispute was more a labelling issue, with the fish either not labelled or using a label with the incorrect factory code, from previously approved premises which had ceased processing.
This does not constitute illegal fish or black fish, in the terms used by EU fisheries policies and control regulations. There is no quota on farmed salmon and the fish was being stored by a processing company as a service.

“The Scottish Seafood Association is not taking a position in regard to the salmon company, which is not a member of our Association. We merely wish to put the matter into context and to point out that the disputed fish are not connected to recent court cases about pelagic fishermen and processors and whitefish fishermen and processors,” said Chief Executive John Cox.

“The whitefish and shellfish industries are being attacked from all directions and mixing up aquaculture products with wild-caught products is not helpful. The comments being bandied in the press this week about illegal fish can only add fuel to the fire when sensitive negotiations on white fish quotas are due to commence in the next few weeks,” he said.

The Scottish Seafood Association asks why the salmon is being destroyed if it is merely a labelling technicality and can be traced from source through all steps of production, thereby making it fish for human consumption. Is this a case of over-zealous control and a waste of public money in bringing the court case?