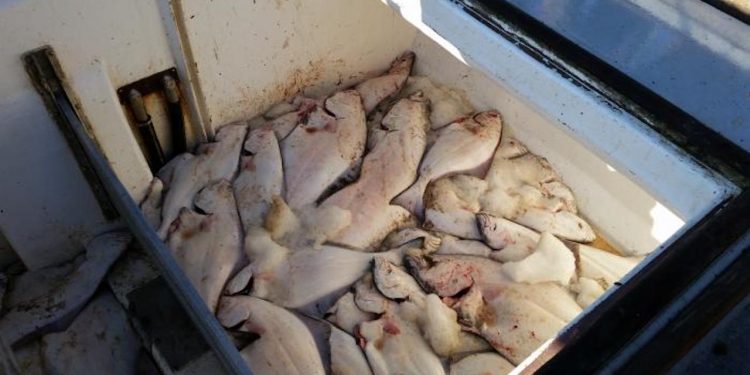 Kodiak fisherman James Aaron Stevens was sentenced earlier this month to a six-month term in a federal prison and a $1 million fine after being found guilty of falsely labelling catches.

The owner of fishing vessels Southern Seas and Alaskan Star will also have to complete 80 hours of community service and make a public service announcement acknowledging his crime.

He pleaded guilty to falsely reporting 903,208 pounds (409 tonnes) of Pacific halibut and sablefish harvested under the individual fishing quota programme between 2014 and 2017. The falsely labelled fish were sold and were, or were intended to be, transported in interstate and foreign commerce – a violation of the Lacey Act. In total, Stevens’ illegal harvest had an approximate market value of $13,566,630.

‘While most US fishermen follow the law, there are a few that feel that they are above it,’ said Janet Coit, NOAA’s Assistant Administrator for Fisheries.

‘We will not tolerate someone exploiting U.S. fisheries for their own gain while others follow the rules.’

This successful prosecution was made possible by years of hard work and detailed investigation by NOAA’s Office of Law Enforcement. The case centred on extensive investigative work by a special agent who compiled and analysed Stevens’ IFQ landing reports, Alaska Department of Fish and Game fish tickets, official fishing logbooks and other information seized from Stevens’ vessels.

The agent used locational data from the vessel monitoring system and other sources to map the actual location of Stevens’ vessels. The investigation made clear that Stevens falsified multiple types of official records to make it appear as though the Southern Seas and Alaskan Star fished in locations where they did not.

‘Alaska is known for its world-class, sustainable fisheries based on science-based management and honest fishermen following the rules,’ said Will Ellis, Assistant Director of NOAA’s Office of Law Enforcement, Alaska Division.

‘This sentencing should serve as a reminder that there are serious consequences for those who break the rules, and that we are committed to holding those who cheat the system accountable.’