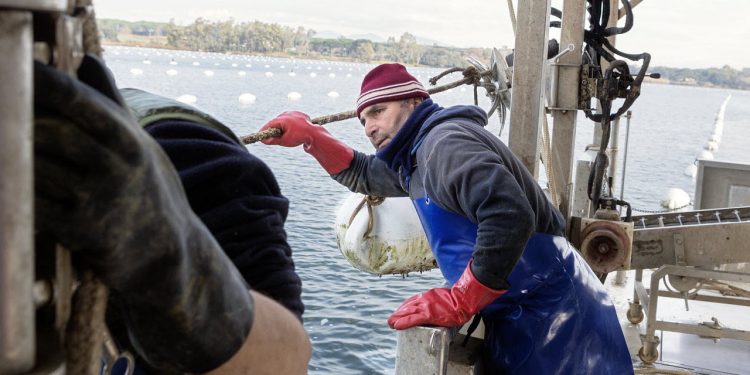 Some groundbreaking FAO projects are seen as becoming a model for co-operation towards sustainable resource use and conservation.

Romeo Mikičić has been fishing in the Adriatic Sea for more than forty years. He’s passionate about the sea and comes from generations of fishermen on the island of Cres, one of more than a thousand islands in the Republic of Croatia that depend on fishing.

But in recent years, he and other fishermen in the Mediterranean have begun to fear for their future. Local stocks of fish and crustaceans, the source of their livelihoods, had been hard hit by overfishing and climate change.

‘Fishing in Croatia is very important. You could fish very well in the 1990s and early 2000s, but then the fish became increasingly scarce,’ said Romeo, who heads a national Croatian association representing 200 trawlers. ‘We had to import fish to increase supplies in the area, especially in the summer months during the tourist season.’

Following decades of advocating for a new approach to manage the use of Mediterranean’s marine resources and preserve the fish stocks and other resources that are a lifeline for hundreds of thousands of people, FAO has been leading efforts and assisting countries to promote sustainable fisheries and aquaculture in both the Mediterranean Sea and the Black Sea through the General Fisheries Commission for the Mediterranean (GFCM) and a network of field projects.

‘We want to ensure the fish reproduce before being caught because this is essential for the sustainability of fisheries in the long-term,’ said Elisabetta Betulla Morello, FAO fishery resources officer for the GFCM.

Managing fisheries is complex as many species move across international boundaries, especially in response to climate change. Two groundbreaking FAO projects are becoming a model for co-operation towards sustainable resource use and conservation – AdriaMed in the Adriatic Sea and MedSudMed in the central Mediterranean.

A bilateral agreement between Croatia and Italy to protect specific stocks and their habitats in the northern Adriatic was the main outcome after 15 years of scientific studies and consultations, involving various governments, the European Union, scientists, fishermen and NGOs. This process was promoted by FAO and the countries through AdriaMed.

As a result, the GFCM countries established a now permanent Fisheries Restricted Area (FRA) in 2017.

Focused on the waters around the tiny volcanic Croatian island of Jabuka, the FRA effectively creates a no-go fishing zone across a 1400-square kilometre area known as the Jabuka/Pomo Pit, a spawning ground for hake and langoustine. There is no bottom trawling in the area and other fishing activities are restricted at certain times of the year.

According to Romeo Mikičić, the fishermen can already appreciate the difference this has made.

‘The situation is improving. Without the agreement I think we would have irreversibly damaged our habitat, and I don’t even want to think about the consequences,’ he said.

The establishment of this permanent fisheries restricted area is the product of negotiations between governments, policymakers, fishermen and other parties and a growing acceptance of an ecosystem approach to fisheries management fostered by FAO through the GFCM and AdriaMed.

Ante Mišura, the Director of Fisheries at Croatia’s Ministry of Agriculture, describes the agreement as a game changer.

‘I strongly believe the proclamation of the Jabuka/Pomo FRA was the major turning point for resource management in the Adriatic,’ he said. ‘Unanimous consent was reached on the direction that should be taken and that was what ensured the success of the management regime.’

Riccardo Rigillo, the Director-General for Maritime Fisheries and Aquaculture at Italy’s Ministry of Agricultural Food and Forestry Policies, says the Jabuka/Pomo FRA is ‘a successful model’ for fisheries management.

‘The origin of the Jabuka/Pomo pit FRA is the result of a close cooperation between the national administrations of Italy and Croatia, and of course the involvement and active participation of the stakeholders has been fundamental,’ he said.

The coastal nations of Italy, Libya, Malta and Tunisia have historically competed for marine resources. With the support of the FAO MedSudMed project, these countries have worked together in recent years to collect information and use common criteria for managing their shared marine resources, working with the GFCM to consolidate common management measures.

‘Co-operation is the basis for success,’ said Elisabetta Betulla Morello.

‘Jabuka/Pomo is a really good example of best practice in international cooperation. This is a role model for many other countries and the region.’

Nearly 1.8 million square kilometres of sea habitats are now protected by ten FRAs established by the GFCM in the Mediterranean and the Black Sea.

Through the FAO MedSudMed project and the GFCM, efforts by Italy, Libya, Malta and Tunisia resulted in the adoption of the Mediterranean’s first multi-national management plan for bottom trawling and the protection of vulnerable fishing areas in 2016.