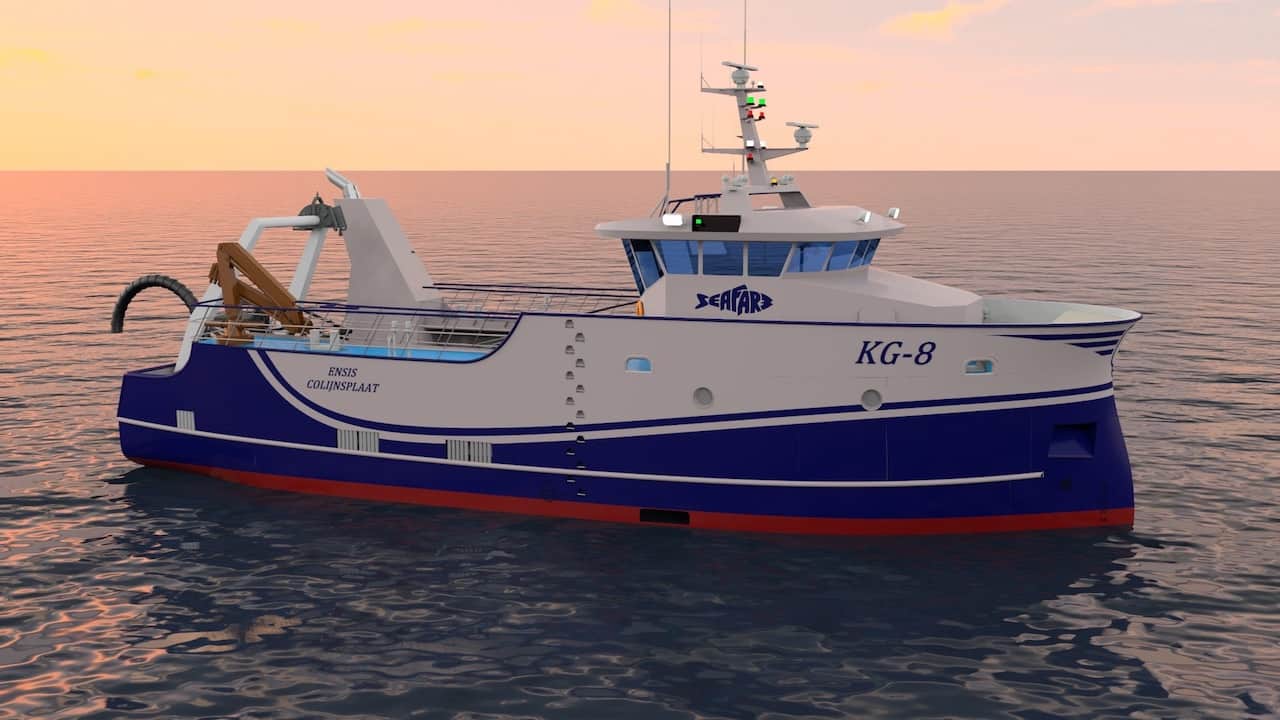 Dutch shellfish company Seafarm has placed an order with the Padmos yard on Stellendam for a new vessel to harvest razor clams, aiming to land catches with minimal emissions associated with the catching process.

The design of the new vessel is significantly in advance of vessels currently fishing in this sector. The new 25 metre vessel will replace the current 32 metre KG-8 and it will incorporate innovative techniques such as electric propulsion and scrubbing of exhaust gases, as well as an airlift system instead of the traditional suction dredge method.

This uses bubbles to aerate the seabed and loosen the razor clams and bring them to the catching vessel in a system that Adri and and Dave Bout of Seafarm pioneered.

This results in significant energy savings, as well as less breakage of razor clams during fishing and catches that can easily become sand-free.

‘This is exactly what the market is asking for right now,’ Dave Bout said.

Catches are processed by Seafarm at its Kamperland facility before being shipped to wholesalers, and a valuable source of feedback to the company comes from its own restaurant.

Padmos is the main contractor for the new shellfish vessel’s construction and the hull will be fabricated by CSR in Rotterdam, and taken to Stellendam for outfitting. It’s the latest stage of a long collaboration between the Padmos and Bout families.

A key part of the design of the new vessel is also a greater level of comfort for the crew, so each crewman gets a cabin, with underfloor heating and aircon in the accommodation areas.

‘They definitely deserve it, I’m very proud of these guys,’ Dave Bout said.

‘Some of them have been working on board with us for more than twenty years and together they work hard, and also make every effort to keep everything looking neat. With a team like this and this new ship, we are more than ever ready for the future.’

The Dutch razor clams fishery has been MSC certified since 2011. The MSC blue logo on the product indicates that the shellfish have been caught in a sustainable way, taking into account the fish stocks in the sea, minimal negative impact on the seabed and good management.