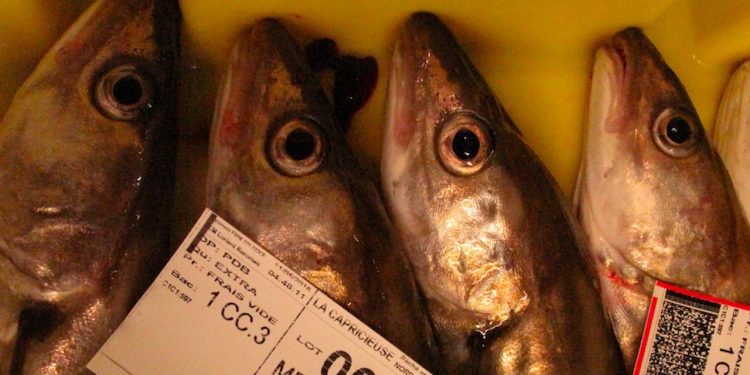 Lorient has secured its place as France’s top auction in value terms for 2021, with a turnover of €71.80 million, ahead of Le Guilvinec with a €62.9 million turnover and Boulogne sur Mer with €47 million.

The volume that passed through the auction last year came to 19,335 tonnes. The €72 million value of sales is a significant improvement on the tough Covid-affected year of 2020 when values dropped to €64 million.

‘We almost hit 1000 tonnes. Another few days and we would have done it,’ said Olivier le Nézet, president of the Port of Keroman.

The auction’s landings of saithe were up 51%, hake is up 26%, and there are increases in volumes of blue ling, ling and other species.

But the auction warns that while these are significant volumes, there are still challenges on the revenue side, and while 2021 is considerably up on 2020, there is still some way to go to equal the 2019 figures.

‘This period has been complicated,’ Olivier le Nézet said.

‘Volumes have increased but prices remain low. The Covid effect is obvious. Let’s also not forget that 2019 had been a very good year for the port of Lorient. We must continue our efforts, I think we are already halfway there and I’m sure that we will do much better next year. I would also like to thank the staff of Sem Lorient Keroman and recognise their effort during this very difficult time.’

He added that it is heartening to see that coastal fishing has been doing well, with landings worth €32.30 million last year compared to €27.80 million in 2020.

Sales of fish shipped to Lorient from mainly Ireland, Scotland and Spain have also grown last year to 3888 tonnes from 3524 the previous year, and 2021 also saw a marked increase in calls by Spanish vessels landing catches which are trucked to Spain.