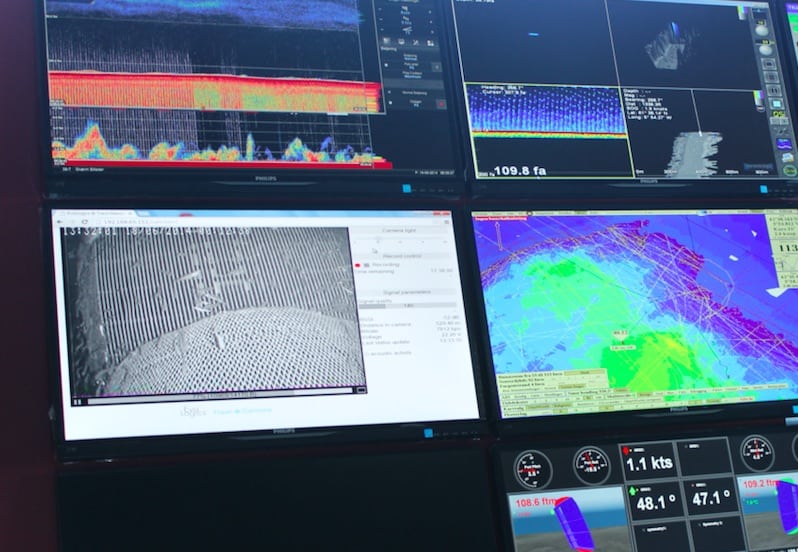 ‘Now we are at the point after three years of testing and refinement that the TrawlCamera with a live feed is a commercial product – although the development process never ends,’ said Rúni Petersen of JT electric’s TrawlCamera.

The latest trawl-mounted looks much the same as the old one, but with more functionality packed into a larger casing, and a live feed to the wheelhouse. The last few years have seen several versions tested as the JT electric development team have responded to the requirements of users and balanced the different parameters to come up with the latest version.

Originally trialled on Royal Greenland’s Nataarnaq, it has also been in use on the same company’s Akamalik and Qajaq Trawl’s Markus, as well as on board Faroese factory trawler Enniberg and research vessel Magnus Heinasen, with more orders on the way.

‘The skippers tell us that with this they are finally able to see things that they had only been able to make educated guesses about before,’ he said.

‘It helps them make decisions while fishing and most of them have the TrawlCamera rigged to give them a live feed of information from the sorting grid. That’s a critical point, and if the grid is not doing its job, then they are losing catch. So they can see if the grid is blocked, or the angle could need to be adjusted, or if there is turbulence around the grid.’

He commented that the information from the gear also tells the skipper if the trawler is on the right size and species of fish, indicating time to come about and go back along the same tow again, or else haul the gear and try again a few miles away if the catch composition isn’t what he’s looking for.’

The TrawlCamera currently has a range of 1500 metres – enough for demersal trawling, and the next stage of development is to extend the range to the 3000 metres needed for pelagic trawling, which also involves further challenges.