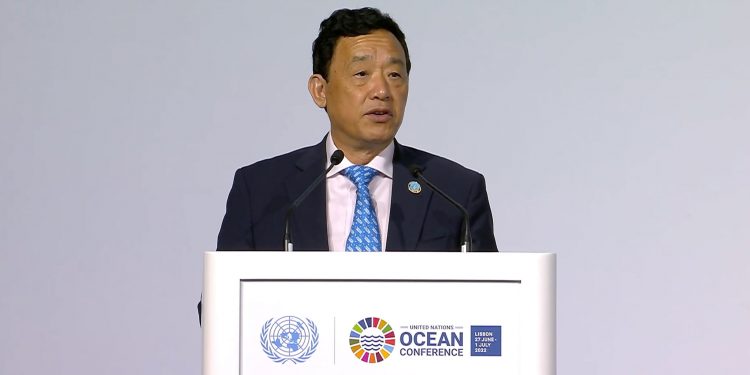 Landings from well-managed stocks on the rise

According to the FAO’s State of World Fisheries and Aquaculture (SOFIA) report for 2022, the volume by weight of fisheries landings worldwide from biologically sustainable stocks has risen to 82.5% – a 4% increase since the previous assessment.

FAO Director General Qu Dongyu commented that the target of achieving restoration of fish stocks so that they may produce maximum sustainable yield by 2020 was not reached and that ‘in order to meet Target 14.4, effective management is the best conservation.’

He stated that some positive trends on fishery-related targets under the Sustainable Development Goals are being observed, but there’s still a long way to go in tapping the sector’s potential to help feed the world, especially by making better use of aquaculture.

With reference to Target 14.6, which seeks to eliminate subsidies that contribute to overfishing and IUU fisheries, Qu Dongyu said that some progress was being made with the help of globally binding tools such as the  1995 UN Fish Stock Agreement, the 1995 Code of Conduct for Responsible Fisheries, and the 2009 FAO Port State Measures Agreement.

He also congratulated the World Trade Organisation for an ‘unprecedented agreement reached on fisheries subsidies.’

Positives are Target 14.7, which aims to increase the contribution of fisheries to GDP, particularly in Small Island Developing States and Least Developed Countries and Target 14.b, which seeks to provide access for small-scale artisanal fishers to marine resources and markets.

He commented that this is the most crucial of all in relation to sustainable livelihoods, and that both targets are trending positively.

National frameworks increasingly recognise and protect rights for small-scale fishing people, who account for 90% of the sector’s workforce, and produce 40% of the world’s catch.

‘Building the resilience of small-scale fishers and supporting their inclusion in decision-making processes are key to ensuring long-term sustainable fisheries and healthy oceans,’ Qu Dongyu said.

He pointed out that feeding the world with aquatic foods must also involve aquaculture, or the farming of fish and aquatic animals and plants, which is not directly reflected in SDG14. Beyond food, aquaculture offers new opportunities and markets to support millions of livelihoods, including women, youth and indigenous communities, the FAO Director General said.

The FAO Strategic Framework 2022-31 supports the urgent transformation of global agrifood systems, including aquatic food systems, for better production, better nutrition, a better environment and a better life for all, leaving no one behind, Qu Dongyu noted.

Despite there remaining less than eight years to meet the goals of SDG14 and the rest of the 2030 Agenda, Qu Dongyu said these three objectives were achievable.