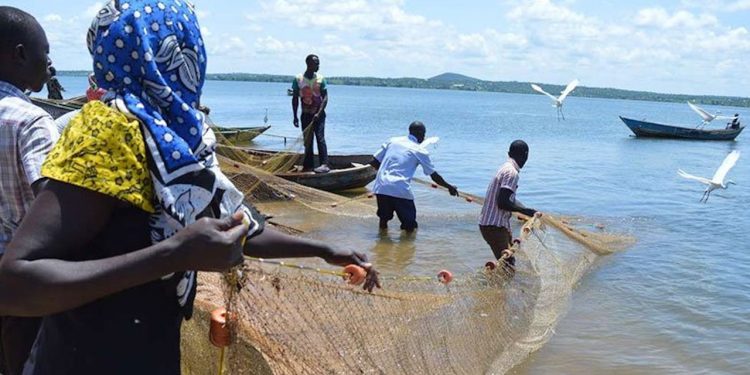 The Government of Kenya has ratified two international labour standards that will promote decent work for the country’s seafarers and fishing people. It has also submitted notification of acceptance of amendments to a third, already ratified, maritime labour convention.

Kenya has become the 20th ILO Member State  and the seventh African fishing nation to ratify the Work in Fishing Convention, 2007 (No. 188).

The Convention, which entered into force on 16th November 2017, provides the international legal framework for decent work in the fishing sector. It aims to ensure that the world’s 38 million people working on commercial fishing vessels enjoy decent working and living conditions on board.

It sets out minimum requirements on, among other things, conditions of service, (such as rest periods, written work agreements, regular pay, repatriation), accommodation and food, occupational safety and health, medical care at sea and ashore, and social security protection – which should be at the same level as shore workers.

The ratification documents were received at the ILO on 4th February 2022 and the Convention will enter into force in Kenya on 4th February 2023. Convention No. 188 has also been ratified by Angola, Antigua and Barbuda, Argentina, Bosnia and Herzegovina, Congo, Denmark, Estonia, France, Lithuania, Morocco, Namibia, Netherlands, Norway, Poland, Portugal, Senegal, South Africa, Thailand and the United Kingdom.

The Kenyan Government also submitted the instrument of ratification of the Seafarers’ Identity Documents Convention (Revised), 2003, as amended (No. 185) , making it the 38th country to do so. The Convention provides for a global, mandatory identification system for seafarers, strengthens security, ensures rights and privileges and facilitates mobility of seafarers while travelling to join a ship, go ashore in foreign ports, or return home. Following national consultations, it may also be applied to fishers. The Convention will enter into force in Kenya on 4th August 2022.

The Government has also submitted a notification of acceptance of the 2014 amendments to the Maritime Labour Convention, 2006, as amended. These seek to ensure better protection for seafarers and their families in case of abandonment, death or long-term disability. The 2014 amendments will enter into force in Kenya on 4th August 2022.

Kenya’s fishing industry contributes about 0.5% of national GDP and about 2% of national export earnings. The industry directly employs more than 60,000 fishermen, as well as an estimated 1.2 million people directly and indirectly within the fishing, production and supply chain. In 2020, 25 merchant ships of 1200 deadweight tonnage were under the Kenyan flag, and there were 1849 visits by ships to Kenyan ports.