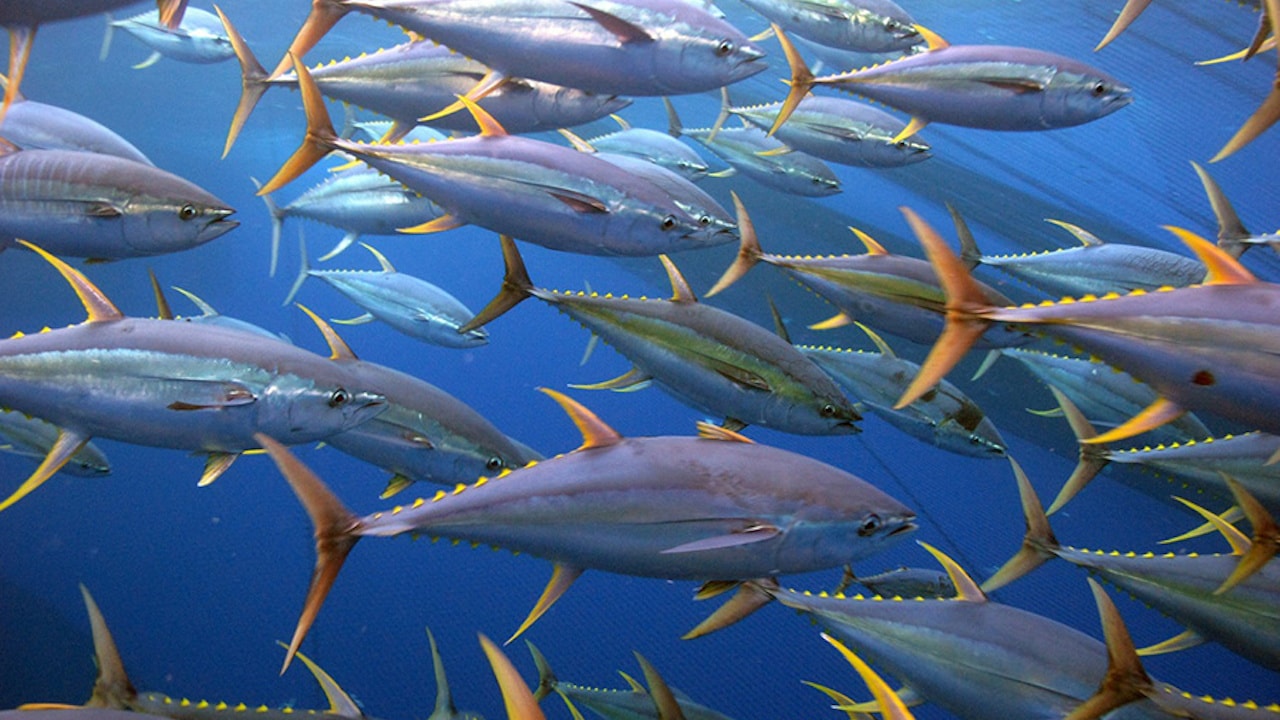 A plan is needed to allow the yellowfin population to recover, according to IPNLF. Image: NOAA

The International Pole & Line Foundation (IPNLF) is pushing for a rebuilding plan for yellowfin tuna, the faster development of harvest strategies, a more equitable catch allocation process, stronger FAD management, and improved monitoring and data collection ahead of this year’s Annual Session of the Indian Ocean Tuna Commission in India, 17-21th June 2019.
IPNLF is calling on members of the Indian Ocean Tuna Commission (IOTC) to work in the best interests of the region’s tuna resource and its coastal fisheries when the regional fisheries management organisation’s (RFMO) 23rd annual meeting convenes in India.
The organisation warns that with the last two IOTC meetings failing to build on the progress made through the introduction of the world’s first harvest control rule (HCR) for skipjack tuna in 2016, without significant, fresh momentum, the long-term viability of the region’s tuna fisheries and the coastal communities reliant upon them could be under threat.
Ahead of this year’s meeting, IPNLF has identified five crucial but achievable actions that will help get the IOTC back on track:
·       Adopt a rebuilding plan for yellowfin tuna that enables the stock to recover by 2024
·       Progress the allocation process in such a way that recognises the legitimate rights of the region’s developing coastal states
·       Improve the management of drifting fish aggregating devices (dFADs)
·       Accelerate the development of harvest strategies
·       Improve monitoring, control and surveillance (MCS) and data collection
‘The IOTC needs to regain the momentum it had three years ago to end the overfishing of yellowfin tuna and establish a framework of robust management measures,’ said IPNLF managing director Martin Purves.
‘Not only are these essential to the sustainability of the tuna resource, they will help safeguard and nurture the region’s developing but vulnerable coastal states that depend on this tuna for food security, revenue generation and local employment. At a time when we are all conscious of our contributions to the United Nation’s Sustainable Development Goals, this is an ideal opportunity for the IOTC to demonstrate that it takes its responsibilities seriously.’
According to IPNLF, the EU has posted a proposal for this year’s meeting that would allow fisheries managers to actually ignore the coastal habitat damage and marine litter contribution of drifting-FADs. If this proposition is actually adopted, it would be a major step backwards for the IOTC and set a dangerous precedent.
‘There is not a moment to lose. Consumers everywhere are paying very close attention to where their food is coming from, how it is produced and the potential impacts that it has,’ said Adrian Lehman, Purchaser for Canned Tuna at Migros.
‘If the IOTC fails to put a sufficiently dynamic rebuilding plan in place for the Indian Ocean’s yellowfin tuna then there will surely be consequences all along the supply chain, with the region’s many coastal communities unfortunately but probably the most at risk.’