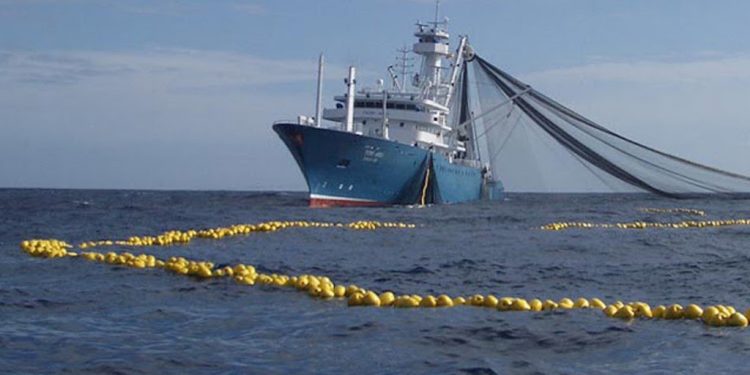 With negotiations on tuna stocks in progress at the 26th session of the Indian Ocean Tuna Commission, European fishing industry Europêche has hit back at the Fishing Outside the Lines report by the Blue Marine Foundation which brands the European fleet fishing as “the largest contributor to overfishing” in the Indian Ocean.

According to Europêche Tuna Group Director Anne-France Mattlet, options for legal action are being considered against Blue Marine Foundation, as the accusations contained in the report are demonstrably untrue. At the same time, the report fails to address genuine problems.

‘It is shocking to read that out of the 32 pages, the report grants only five lines to the entanglement and catch of 4.1 million cetaceans by gillnet, without mentioning that those are supposed to be illegal,’ Anne-France Mattlet said.

She commented that there was no accusation, or even suspicion, of illegal fishing from EU, Seychelles or Mauritius authorities at last week’s IOTC compliance committee.

‘Before spending so much time and effort on this fallacious report, what if Blue Marine Foundation had simply contacted IOTC’s Secretariat, EU, Seychelles or Mauritius authorities, contracting parties or even fishermen’s organisations before publishing it?’ she said.

‘Any rational and credible organisation should double check its sources or methods and consult the affected parties.’

She stated that the purse seine fleet’s catches are declared in logbooks, with this information crosschecked by national scientific institutes against VMS data, the official fisheries positioning control tool, and provided to flag states, EU authorities and the IOTC Secretariat and Compliance Committee.

‘None of these authorities have made any accusation of illegal fishing by the EU, Seychelles or Mauritius, which are targeted by Blue Marine Foundation. On the contrary – many refer to the quality of purse seine data,’ she said adding that purse seine fleet is responsible for a third of yellowfin catches in the Indian Ocean and its catches have decreased by more than 20% since 2014 – while overall IOTC catches have increased by more than 6% in this period.

‘Let’s not forget that the EU, Seychelles and Mauritius are the only main harvester that have not objected the yellowfin tuna management plan and continue to respect its requirements,’ Anne-France Mattlet said.

‘Despite these facts, they and their associated purse seine fleets are unfairly designated by Blue Marine Foundation as “the largest contributor to overfishing” in the Indian Ocean.’